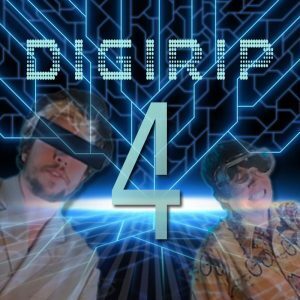 By: Friends of the website, Nameless Numberhead, a comedy duo consisting of Maari Suorsa and Henry Riggs

Look, you miss live shows, we miss live shows, and who knows when we’ll get them back. Could be next month, or it might not happen until next year. What a miserable prospect. But there’s no need to mope about it. Quit moping already. Yes, you.  Because your favorite monthly comedy show that takes place in an art gallery and/or brewery is moving entirely online. That’s right friends, Rip City CHS has transformed to an entirely live streamed program called DIGI RIP, a digital rip city – if you will. And we really hope you will.

“Live streaming really opened up a weird and beautiful world for us” says local unemployed voter Henry Riggs. “We always love the strange stuff people come up with for the live shows, but turning it into an all video platform has been so freakin’ neat, my guy.”

Rip City CHS has been a platform for underserved creatives in Charleston for over 5 years now. Initially starting in February of 2015, the idea was to give local writers, performers, and creators a place to try out new ideas for characters, bits, songs, and other nonsense that didn’t fit in other established shows in Charleston. Over time the show remains consistently experimental. That’s the beauty of it. You never know what you’re going to get, and DIGI RIP is no exception.

A variety of performers have come and gone through the years, so livestreaming has also provided the opportunity to reconnect with former Charlestonians like Will “Mr. Bonetangles” Schutze, Nic Jenkins, Sage Dakota Graham, Kevin Hanley, Hunter Gardner, Chris Drake, and many more.  It also features your usual suspects from the local scene like Lindsay Marie Collins, Andy Livengood, Deshawn Mason, Jason Groce, Josh Bates, Camille Lowman, Faline, Hagan Chase Ragland, and oh so many more! Plus the power of livestream means we can get some of our famous friends involved, yes the ones with those fancy blue checkmarks, so be on the lookout for very exciting special guests along the way.

You can watch the next DigiRip live on August 28th or catch previous episodes on the Nameless Numberhead YouTube channel.  Plus get a bunch of other video content including sketches, music videos, and other weirdness. If you want to show your support for Nameless Numberhead and just can’t get enough of this delicious content, you can join their brand new Patreon Page for a ton of exclusive whatnot or just plain donate through their PayPal. Checkout numberheadcomedy.com for more info about all this freaking madness.

In the interest of keeping this a platform for the underserved artists of Charleston, we always want more people to get involved and we want the show to reflect the diversity of Charleston. We need to do a better job to create an inclusive arts community in Charleston that features voices of color and LGBTQI. And DigiRip is no exception. We also need to do better to feature these voices.  To make this platform more accessible, we are always accepting submissions. If you are interested in submitting something please email us at namelessnumberheadcomedy@gmail.com. It doesn’t have to be exclusively comedy. This is a variety show, you can submit anything…that is creative.