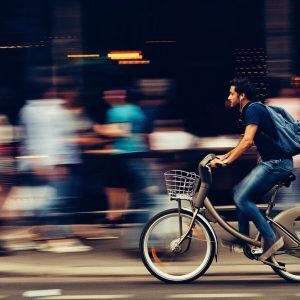 Biking isn’t a particularly dangerous activity when you take the necessary precautions like using bike lights, using cycling lanes whenever possible, and wearing reflective gear. However, cyclists do face a risk every time they get on the road. In the year 2013, The State of Florida had 2,407 pedal cyclists traffic fatalities.

There is a common misconception that accidents between bicycles and motor vehicles are due to the negligence of the cyclist, but that isn’t always the case. Also due to the lack of protection for bicycle riders, these accidents often result in serious injuries. Consider the following common pedal bicycle accident causes and how you may prevent them.

Failure to Yield The Right Of Way

Failure to yield the right of way by motorists and bike riders was the leading cause of death among pedal cyclists in Florida in the year 2018. Roundabouts, merging intersections, and pulling out from parking spaces and garages into roads are problematic areas where it’s important for motorists to yield for oncoming traffic including bicycle riders.

In order to avoid these types of accidents cyclists should avoid riding on the sidewalks, stick to bicycle lanes, and exercise caution at intersections. Though you may be in the right, doesn’t mean that you won’t have a fatal accident.

The second leading cause of death among cyclists is not being seen due to dark clothing. Motor vehicles are responsible for driving safely, without distractions, but it may be difficult to see bikers that don’t wear reflective gear and use lights. Helmets with reflective stickers, reflective clothing, and lighting equipment on bikes can help cyclists practice precaution especially while driving at night.

Failure to Obey the Rules of the Road

Bicycle riders are responsible for following the same traffic laws as motor vehicles. Failure to operate your vehicle in accordance with the law in the following circumstances can result in an accident and be the difference between life and serious injury for a bicycle operator.

Using cellular devices, eating, or adjusting equipment while driving is one of the leading causes amongst all accidents including those involved cyclists. Reading and responding to text messages while operating a vehicle could cause bike riders to go unnoticed and result in a catastrophic injury.

Changing lanes or turning without properly signaling doesn’t allow cyclists an opportunity to adjust and avoid collisions. It is the law for cars to yield to oncoming traffic including motor vehicles, pedestrians, and cyclists. To avoid these types of accidents cyclists and motor vehicles must signal before making turns or changing lanes, and cyclists should practice extra precautions when approaching slowing vehicles at intersectional areas.

Each state has outlined safe driving speeds for their roads and driving above the speed limit endangers all other road users. Accidents at high speeds are more likely to result in fatal injuries but when bikes are involved, even accidents at lower speeds can be extremely dangerous. Speeding also reduces reaction speeds and increases the risk of collisions.

Failure to follow and adhere to the laws of stop signs and traffic lights could negatively affect cyclists. Bicycle operators, who have the right of way, will be expecting motor vehicle drivers to stop and failure to do so could be calamitous.

Accidents are preventable when safe driving tactics are implored and all road travelers operate their vehicles or bicycles in ways that consider other drivers. If you’ve been injured in a bicycle accident, contact a bicycle accident lawyer right away.

Are There any Differences Between Pokies and Slots?

What Is A “Slip” Hazard