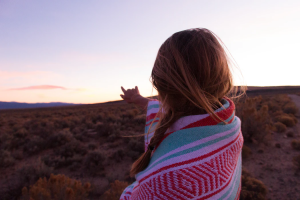 Mexican blankets, or serapes as they are more commonly known, are long blanket-like shawls that often bear bright patterns and colors on them, and ends are fringed. They are worn across Central and South America but originate in Mexico. They have been adapted over hundreds of years, and many now have a hole in the center where a person’s head can fit through, similar to a poncho. Some serapes are made with a hood to go over the head. Their length can vary from blanket to blanket, but they will often at the very least reach the knees of the person who is wearing them or are designed to at least.

This page will tell you seven things you may not have already known about Mexican blankets.

In the last twenty-years, streetwear has evolved a lot. The serape has become a very popular accessory in streetwear across the world, which is amazing when we consider its humble beginnings in Mexico. Teenagers are wearing serapes all around the world as fashion items, and many big-name designers are adapting them and making them with their own unique twists. The fashion entrepreneurs of www.orizabaoriginal.com say that serapes are perfect for cool evenings and can keep you warm in the cold mountain air. The serape is a staple of streetwear now that is unlikely to go anywhere anytime soon and is one of many cultural dress items that are being adapted and incorporated into global fashion.

The sarape was worn in the Contla region of Mexico. It was during the colonial period when Spanish conquistadors were exploring South and Central America that it was brought over to New Spain, where the sarape was adapted to meet the climate, and the design style was changed. It was also worn in Europe at that time, owing to the Spanish Empire’s unrivaled power. The Spanish took it everywhere with them, and you can see many cultural variations on it today all across the world from places where the Spanish had introduced it.

The serape comes in many different colors and with many different patterns, both of which depend entirely on the region of Mexico that you are in. The highland and mountainous regions often combine black, brown, or tan, as well as other Earth colors. It also depends on the color of the sheep that live in the area, too, as many of them are constructed from thick wool. Whereas in central Mexico and in desert regions, the serape is often a dark base with many different bright and vibrant colors banding around it. The ends are usually fringed wherever you go, however.

The Maya serape is not a typical nor traditional garment and was adapted mainly for the rich, and the Spanish. The Maya, the indigenous people to Mexico, wear very different clothing, and while they are heavily associated with the serape, seldom (if ever) wear them. The Maya produce high-quality serape and sell them on the side of the road to tourists and travelers. The Maya make very good serapes and make them in their homes, which adds to the handmade look that many of the Maya serapes have.

Deep down, everybody has a soft spot for the Wild West. The tales of cowboys and Indians fascinate us and shock us to our core. The Mexican cowboys, or vaqueros, wore the serape as badges of honor, and they were highly prized items of clothing. There are many painters of that time who depict vaqueros wearing serapes with their guns holstered beneath them. It was a very effective measure of hiding your weapon, and one that the vaqueros used frequently.

In the 1835 Texan War, soldiers wore the serapes over their uniforms to distinguish themselves from their commanders. This war limited the production of serapes, and following the war, they were in short supply. Soldiers, when the war was over, would return home and hang their serapes on the walls as a badge of honor for their valiant service during the war.

Serapes are just as popular today as they have been for hundreds of years. They are used as shawls, blankets, as streetwear, as previously mentioned, and just to keep you warm on a cool summer evening. Serapes are best purchased from Mexican suppliers, as they are authentic and homemade, and will have the best quality. Although, many suppliers from outside Mexico are sourcing their serapes from Mexico, meaning the quality could potentially be good anywhere you get them, providing they are authentic. 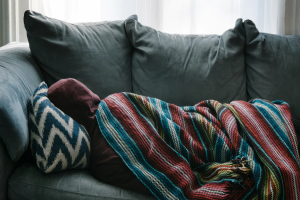 Now you know seven interesting facts about the serape. The serape is a timeless fashion item that is both practical and aesthetically pleasing. Consider the serape as an addition to your wardrobe.

Why Customer Satisfaction Matters And How To Build It

South Market Street to Open to Pedestrians as COVID-19 Precaution