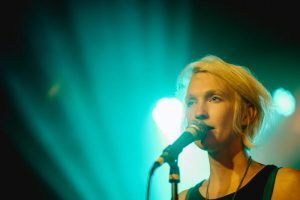 Charleston singer, songwriter, and musicians McKenzie Eddy recently released a new single, “Stingray,” a song that marks her return to music as a solo artist, and her first in a series of singles to be unveiled in 2020.

The track is co-produced and co-written by McKenzie’s husband, Elliott A. Smith, who she has collaborated with for the past six years on projects like Very Hypnotic Soul Band.

“The sentiment of the hook — ‘Take your time, got to be the fool, got to be the stingray, got to be the remedy’ — is a mantra for self growth,” McKenzie said. “We all carry toxicity from our past that can end up defining us, if we let it. This song is about taking that power back.”

Other collaborators on “Stingray” include Wolfgang Zimmerman and Jimmie Choate (guitarist from Very Hypnotic Soul Band), and a group-sing at the end features Zandrina Dunning, Alicia Modoor, Mado Smith, and Jordan Igoe.

You can listen to “Stingray” here. All proceeds from the single throughout the month of August will be donated to the ACLU. “Stingray” can be streamed via all platforms, including Spotify, beginning this week.

McKenzie’s last solo record, Slow Your Horse Down, Son, was released by Bluroc Records/ EMI in 2012 and included collaborations with hip-hop greats such as Ski Beats, GLC, Cam’Ron and Vado, and Murs. She was also co-founder of DD172 alongside Damon Dash in NYC’s Tribeca. After what Eddy describes as “industry burnout,” she decided to move back to the Lowcountry in 2013 to open up King Dusko on Upper King Street. 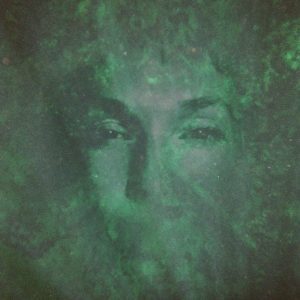 “I haven’t released any solo music for so long for so many reasons – the main reason being that I had a lot of negativity surrounding music after leaving New York” she said. “My musical heart had been broken. For me, making music – finding a sound – has always been about collaboration. But it’s impossible to cultivate or create when all of your trust has been broken. When I met Elliott, all that changed.”

The two have spent the last six years cultivating their collective and individual artistic voices, with both recently making a long-time-coming return to being full-time artists.