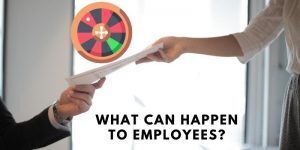 There is no denying that the world has been terribly shaken by the coronavirus pandemic that broke out in March, causing a major halt on the world economy. The leisure, hospitality and tourism industry has been one of the most affected industries on a global scale, considering the stringent restrictions earlier put in place. The UK is unarguably the largest gambling market is Europe, and one of the top shots in the world.

The market provides hundreds of thousands of jobs to UK citizens and residents on a medium to large scale. Quite regrettably, large chunks of those jobs now face existential threats as a result of the economic downturns occasioned by the sudden outbreak of the virus. This is the focus of this article as we discuss the fate of gambling employees in light of current occurrences.

Buzz Bingo, one of the UK’s largest bingo operators and provider of Megaways slots, has revealed that it is set to shut down 26 of its 91 bingo halls across the UK. The decision flows from the company’s incapacity to keep doing business in an environment barely struggling to recover from the economic plunge. Consequent upon this, the company has announced that out of its overall 3,400 staff, over 500 would be affected by the shutdown.

Recall that the bingo halls were shut down by the government in March in reaction to the virus, with Buzz Bingo halls inclusive. The affected employees were placed on government’s furlough schemes entitling them to receive some cash throughout the government lockdown. With the eased reopening protocols, the company has been able to seek some loans from some of its stakeholders.

To further the new stream of investments, the company has agreed to come up with a Company Voluntary Arrangement (CVA). The CVA would enable acquisitions of loans (and maybe investments) in a bid to get the company up and running to meet the expectations of its stakeholders. Thus, Caledonia Investments, owner of Buzz Bingo, has pledged to provide equity capital of 22 million Pounds to the CVA when passed.

The CVA proposal would likely be ready for the endorsement of creditors from August 3, while most Buzz Bingo halls would commence operations again on August 6. The company has restated commitments to reopen the bingo halls as soon as the company gets its grip of the bingo market back.

Genting UK, which runs 42 casino outlets in the UK, has also made it known that its 1642 employees would lose their jobs. The jobs have become redundant due to the economic woes brought by the pandemic. The company, which is a subsidiary of Genting Malaysia Berhad, has also regretted the redundancy, stressing that it was going through a restructuring to keep it afloat.

With casinos having reopened on August 1, the company girds its loins to start businesses with its current number of employees. As a result of the layoff, the company has stated the affected employees would remain off furlough schemes, while it works to reinstate their employment as soon as reasonably feasible.

With these numbers and more out of employment, there are serious concerns as the unemployment rate continues to hike in the UK, putting the country on more pressure to get the economy running.

With the reopening of bingo halls, betting outlets, and casinos in the UK, things are gradually getting back on track, although it would take quite some time. Further to the avowed commitment of the government and IBAS to resuscitate the economy, it is hoped that the redundant jobs would soon find their place back in the industry.

Therefore, the industry would be better off a few months from now when the leisure, tourism, and hospitality business is fully operational and open to most international visitors.

How Safe Is Your Neighborhood? Use These 5 Tools to Find Out

How to Plan the Perfect Posh Night Out in Charleston