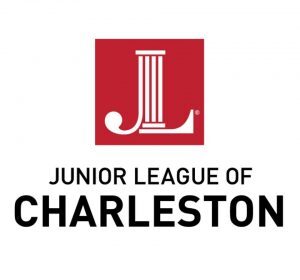 The Junior League of Charleston (JLC) announced its 2020-21 leadership team. The incoming board of directors and management team will oversee more than 1,000 members as they work together to fulfill the organization’s mission to promote voluntarism, develop the potential of women, and improve the community through the effective action and leadership of trained volunteers.

Every year, the League looks to identify and address areas of community need. Through a combination of volunteer hours and trained leaders, the JLC addresses immediate community needs and provides longer term sustainable improvements. The JLC raises, on average, over $100,000 annually to further its mission with an economic impact of nearly $4 million in the past 10 years.

“We are women empowering women to build better communities,” shares Beth Meredith, the president of the JLC. “Since 1923, our leaders have been at the forefront of some of our community’s most significant challenges. It is that desire to be catalysts for change, while rolling up our sleeves to make the change, that highlights what is special about the Junior League of Charleston.”

This year, the JLC announced a new focus area—strengthening families— to address areas of greatest need for families of all shapes and sizes in the Lowcountry. The JLC Diaper Bank is one particularly relevant example of this new focus area in action. During unprecedented times of community crisis, the JLC Diaper Bank has distributed 83,750 diapers and pull-up training pants as part of the JLC’s COVID-19 relief and response efforts. Additionally, as the oldest women’s leadership training organization, the JLC members continually improve the community as empowered and motivated civic leaders.  In the past 5 years alone, over 6,000 women were trained to serve and lead in our community.

The women committed to this year’s leadership team are currently working on ways to sustain community impact throughout the year, be leaders of hope and stewards of volunteerism for the Lowcountry.

Follow us
Related Topics:junior league of charleston
Up Next

Everything You Need to Prepare Before Bringing Your New Pup Home