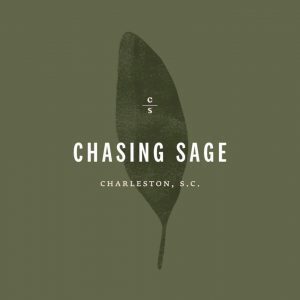 After lots of time spent brainstorming ways to open that are safe, fun, and out-of-the-box, the team at Chasing Sage (267 Rutledge Avenue) has unveiled their plans to open for a series of rotating themed pop-ups featuring a regularly-changing takeout menu of some of their favorite international foods.

Chasing Sage was originally slated to open in late March, but the ongoing pandemic forced the team to postpone their debut. Knowing that their original concept for the restaurant would not work with the current dining guidelines, owners Cindy and Walter Edward and Forrest Brunton have decided to temporarily pivot to a takeout-only format.

Chefs Edward and Brunton have been busy creating a variety of themed menus inspired by the meals they have missed the most over the past several months. The Chasing Sage pop-ups will run for 1-2 weeks before changing to a new menu and will be available for contact less pickup. Orders may be placed through chasingsagerestaurant.com.

The first pop-up runs from August 4th through the 15th and the theme is “We’ve Got Seoul: Korean BBQ.” The menu focuses on Korean meats (available cooked or with instructions to grill at home), accompanied by a variety of kimchi and other “banchan,” or traditional Korean condiments. Other dishes will include Bibimbap (Korean rice bowls) and Japchae (sweet potato noodles with vegetables). The Korean BBQ menu will be available for contactless pickup at Chasing Sage from 5 pm to 9 pm, Tuesday through Saturday.

You can see the menu here.

Future pop-up themes include Moroccan, French, Burgers, Israeli/Middle Eastern, Tacos and Ramen. Chasing Sage partner Cindy Edward, who also owns a local online bakery called The Moody Macaron, will be making macarons for the pop-ups, changing flavors every week to go with the theme. Chasing Sage will release the full menus on Instagram, Facebook and through their website.

2020 Oxygen Ball: From the Dance Floor to Your Front Door