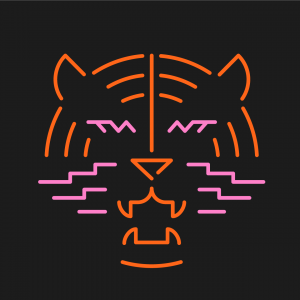 Neon Tiger, a new vegan cocktail bar, is now open on King Street. Owner John Adamson says the restaurant is set in the year 2048 when he believes humanity will be forced to deal with the consequences of large-scale animal agriculture.

The futuristic concept can be found at 654 King Street, in the former space occupied by Juliet. Executive Chef Doug McNish, who has authored several vegan cookbooks, has a created a menu featuring pizzas, salads, and several sides.

You can see the current to-go menu, including cocktails and other beverages, here. You can order food for pick-up here.