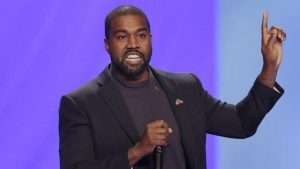 Rapper, record producer, and entrepreneur Kanye West is reportedly hosting his first presidential campaign event on Sunday in North Charleston. He announced he was running for President of the United States on July 4th.


According to Politico, the event will take place at the Exquis Event Center (5101 Ashley Phosphate Road) and is only open to registered guests. For a chance to attend, you can fill out this online registration form. All attendees will be required to wear masks, observe social distancing and sign a Covid-19 liability release form. The registration form is also being used to as a petition to place West on the ballot.

Politico also said West “filed a statement of candidacy with the Federal Election Commission last week, listing ‘BDY’ — the Birthday Party — as his party affiliation.” He tweeted Saturday night that people can sign up to put him on the ballot in South Carolina at one of several local locations. You can see the tweet below.


Many have speculated how sincere West’s 2020 presidential run is, especially since he has missed the deadline to qualify for the general election ballot in several states. Some news outlets have openly speculated that the entire ‘campaign’ is a publicity stunt.

As far as West’s ties the Charleston area, he famously dined at Tu with Danny McBride back in 2018.

Hi guys please sign up to put me on the ballot in South Carolina at any of these locations You can also sign up at the websitehttps://t.co/ZURvTEW9ee pic.twitter.com/3rV5ujExPm