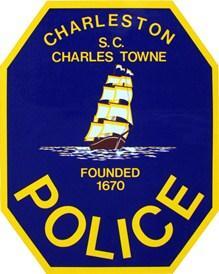 Charleston Police have arrested two juvenile males for the homicide that occurred early Friday morning near King Street and Clifford Street in downtown Charleston. The victim was Tom DiLorenzo (63), the husband of new College of Charleston provost Suzanne Austin.


The suspects are 15 and 16 years old and both are charged with murder and attempted armed robbery. One is also charged with possession of a deadly weapon during the commission of a violent crime.

They are being held in the juvenile detention center and will have a hearing before a family court judge. Due to their status as juveniles, their names cannot be released.

At approximately 6:15 am Friday, Charleston Police say DiLorenzo and Austin were walking near the intersection of King and Clifford Streets when they were approached by the juveniles. One of the males was armed with a handgun and demanded money from the couple. DiLorenzo was shot during the robbery attempt and later died at MUSC. The wife was physically uninjured.

“Our prayers are with the victim’s family during this terrible time,” Police Chief Luther Reynolds said. “We also want to thank the community for the support they’ve given our investigators in this case.”

The investigation is ongoing.

Follow us
Related Topics:charleston police departmentSuzanne AustinTom DiLorenzo
Up Next

Sam Skardon on the Passing of his Former Boss John Lewis