According to a report by Beaufort MMA, there’s a bill in place that could, if passed, legalize mixed martial arts in South Carolina. Fundamentally, this would prove to be extremely beneficial to the sport’s growth, as well as enhancing convenience regarding the accessibility of events. In turn, such a decision would allow for homegrown competitors to fight within their own state, as opposed to having to travel for bouts.

Moreover, this would also promote participation among aspiring participants who wish to compete at arguably the highest level of combat sports. So, let’s consider how MMA’s acceptance could prove to be advantageous to both Charleston and South Carolina.

The Potential to Thrive

Throughout the last decade, Charleston has become something of a go-to location for fighters seeking to prepare themselves for upcoming bouts. Crucially, the reason for this concerns the city’s pedigree in relation to coaching. Born in the largest city in the state of South Carolina, Malachy Friedman has amassed 18 years of experience in numerous fighting arts, including Brazilian Jiu-Jitsu, Muay Thai, and wrestling. 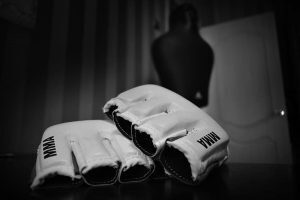 Having begun training Ultimate Fighting Championship fighters in 2001, such as Evan Tanner, the second-degree black belt returned to his hometown in 2015 to open his own gym, ATT Lowcounty. Over the course of his coaching career, Friedman has worked with some of the industry’s most well-known names, including the late Kimbo Slice, which is a testament to his credentials.

Aside from Charleston being a popular destination to train out of, as indicated by Hector Urbina, South Carolina is the home to one of the UFCs most complete fighters, Stephen Thompson. Should MMA be embraced on a competitive level within the state, then the 37-year-old could prove to be the catalyst behind its future success. Having twice fought for the welterweight title against Tyron Woodley, the Simpsonville-born kickboxer knows what it takes to reach the top of the sport.

A Need to Embrace New Markets

From a marketing standpoint, and with names like Thompson to represent them, an acceptance of competitive MMA could prove fruitful for the region’s economy. Given Wonderboy’s reputation, striving to host local, high-level events may help to bring increased attention to the city’s opportunities, including the coaching of Friedman in Charleston.

Outside of MMA, there are numerous examples of how local ventures are seeking to cater to ever-changing social demands within Charleston. From a sporting perspective, there are plans to create a new athletic field centered around supporting the city’s increased soccer popularity, with the sport now almost matching the appeal of basketball.

Moreover, the benefits of embracing the potentials of up-and-coming markets can also be seen when analyzing diverse sectors outside of South Carolina. In this regard, the contemporary growth of iGaming within the United States could act as a strong testing ground in relation to the potential successes from accepting new industries.

As a result of the new-found popularity of iGaming, online review platforms like BonusFinder have emerged to highlight the latest odds across operators within various American states, including Pennsylvania. For example, sites such as Hollywood Casino and Unibet provide no-deposit sign-up bonuses, allowing the fourth state to legalize online gambling to reap the benefits of a flourishing market.

Foundations in Place to Become a Focal Point for MMA

Ultimately, although numerous combat arts are available to learn within Charleston and South Carolina, there is scope for the sport to undoubtedly reach new heights. Given that MMA’s legalization is potentially on the cards, the pre-existing foundations indicate that the state could enjoy a fruitful future within the mixed martial arts world.

Things you need to know before playing online bingo

Having Some Guests Over for a Business Dinner? These 6 Appetizer Ideas Are Bound to Be an Instant Hit