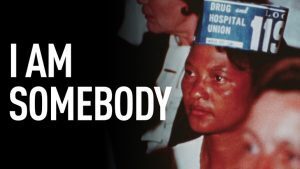 After video of George Floyd being killed by Minneapolis police officers was released back in May, outrage erupted and protests were held globally against the use of excessive force by police officers. These protests expanded to cover several other causes, including calls for the removal of statues and monuments dedicated to slavery supporters and white supremacists. Locally, these protests led to the removal of the John C. Calhoun Statue in Marion Square on June 24th.


Although there was a groundswell of support for the statue’s removal, most of the work was done by local black activists – namely black women. Leaders like Mika Gadsden, Courtney Hicks, Candace Livingston, and Kris Kaylin deserve the majority of the credit for organizing protests, spreading information, and more. Each were involved with several projects, but Gadsden says Livingston did a lot of organizing around the Calhoun statue removal. In addition, the women have also worked to provide aid to the residents at the Joseph Floyd Manor, created the #BoycottKingStreet movement (Kaylin), and the Ride and Resist Protest (Gadsden and Kaylin).

Their work (which was going on well before the murder of George Floyd) was reminiscent of the 1969 Charleston Hospital Strike, which protested the unfair and unequal treatment of African American hospital workers. That movement was also led by local black women and was documented in Madeline Anderson’s documentary film, “I Am Somebody.”

Gadsden recently shared the documentary on her Instagram account, and I knew many of you would like to watch too. You can see the film below. “I Am Somebody” was selected in 2019 by the Library of Congress for preservation in the National Film Registry for being “culturally, historically, or aesthetically significant.”


I Am Somebody from Icarus Films on Vimeo.