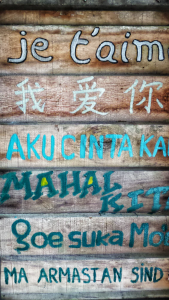 We live in times where we get the privilege of connecting with different cultures and people from all over the world. It has become quite the norm for millennials to learn foreign languages as the world becomes more interconnected. With a simple click, you get to communicate with people who live thousands of miles away. Learning a new language can improve your memory, boost your brainpower, enhance the ability to multitask, or even improve your performance in other academic areas!

With that, let us have a look at 6 languages of the future, with some that might surprise you!

You’d expect Chinese to be on the list, but not number 1! Currently, there are 1.2 billion speakers in the world. It takes about 88 weeks of study to learn the Chinese language. However, once you’ve mastered it, you technically have the chance to communicate with close to a billion people. That is quite impressive! It is one of the most challenging languages to learn for native English speakers. Yet, if you ask me, the benefits outweigh the drawbacks.

Oh, what I’d do to be chilling by the sea in a Latin country now. The atmosphere, the people, the food, and the culture are all so rich. You love to have such energy around you. By knowing the language, your experience becomes more entrenched and you get to enjoy the journey a lot more. There are currently 329 million native speakers of the language, and it takes about 23 weeks to learn it, making it one of the easiest to learn for native English speakers.

This one is pretty obvious. With 328 million native speakers globally, the English language is a prerequisite for all the people who frequently travel, as it has become such a universal language. Being the official language of all business-related interactions, one can easily argue that it is THE language of the world. The numbers suggest that about 500 million second-language speakers of the language currently exist and that those numbers are expected to grow enormously in the future.

Quite the bold claim, but it’s suspected that the Korean language is one that is here to stay. With most of the 7000 spoken languages of the world expected to be extinct by 2050, the Korean language has proven to be distinctive compared to other languages. For one, who wouldn’t want to visit Korea in their lifetime? With such a rich culture and numerous sites of attraction, Korea could easily be your next vacation destination.

It is rare that you find Korean-speaking individuals, with only 70 million native speakers. If you decide to learn it as a second language, you widen your horizons both professionally and socially. To get started, it would be a great idea to venture online and find a reliable source. The options provided at  90 Day Korean allow you to discover a fun and easy-to-use platform that promises to teach you Korean in 90 days. You’re introduced to the Korean alphabet, phrases, writing, and speaking techniques in a manner that will definitely help you learn.

With 420 million native speakers, the Arabic language is one of rich history and fascinating culture. Learning the Arabic language allows you to communicate with the natives of an amazing city like Cairo, where the culture is rich and the people are welcoming. You’d probably want to visit the Pyramids in Cairo someday, or perhaps take a trip to the Emirates, which is also a great tourist destination. By knowing the language, you’d fit right in! Currently, the Arabic language is in more than 22 countries worldwide, and it is expected to spread even more. 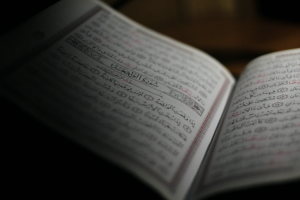 Commonly spoken in India and Pakistan, two of the most populous countries in the world, speaking Hindi and Urdu provide you with an amazing opportunity to familiarize yourself with two very distinct cultures. Both countries are known for their trade and business opportunities. By becoming more familiar with both languages, you’re put in a prime position to boost your professional career and potentially conduct business in such areas.

Learning a new language is surely challenging, but the benefits of going through the process are definitely rewarding. Whether you travel frequently for pleasure or business, you want to at least be familiar with the language of the country you’re visiting. At the beginning of the article, we mentioned a few of the advantages a new language might provide for you. By getting started with the process of learning something new, you’re bound to discover how beneficial it can be to your growth as a person.

The Ultimate Guide To Spending The Summer Of 2020 At Home