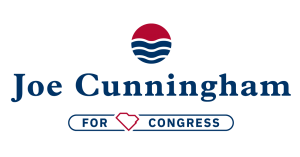 The Joe Cunningham for Congress campaign today announced that they had raised $862,633 in the second quarter of 2020, resulting in a war chest of more than $3 million as the general election begins. According to the campaign, they have not received any money from PACs.


Rep. Cunningham has now raised more than $4.3 million towards his re-election, compared with the $2.3 million he raised for his successful 2018 campaign.

The campaign’s Q2 by the numbers:

“Joe promised to be an independent voice who will always put the Lowcountry first, and that’s exactly what he’s done,” Allie Watters, Rep. Cunningham’s campaign manager, said. “From being ranked the most bipartisan freshman in the House of Representatives to passing a bill to ban offshore drilling, Joe has kept his promises again and again so it’s no wonder voters across the Lowcountry are working so hard to keep him on the job.”