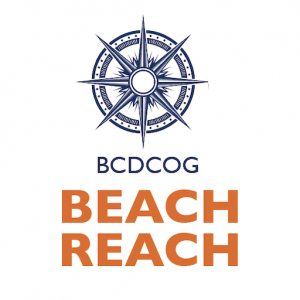 The Berkeley-Charleston-Dorchester Council of Governments (BCDCOG), in conjunction with the City of Isle of Palms, the Town of Sullivan’s Island, the City of Folly Beach and the Town of Mount Pleasant, has launched a new beach traffic monitoring app, Beach Reach, aimed at helping travelers avoid waves of traffic en route to Charleston-area beaches.

The app, which is available for Apple and Android, provides users with the ability to view traffic traveling to and from Folly Beach, Isle of Palms and Sullivan’s Island, in addition to providing information about beach parking, access, policies and more – all in a single platform.

“Beach Reach provides residents and visitors with a simple and convenient way to see traffic going to and from our three largest beach municipalities at the push of a button,” said BCDCOG Executive Director Ron Mitchum. “It’s always better to know before you go.”

The app brings together an array of traffic cameras funded by Charleston County and managed by the municipalities, as well as links to private-sector cameras and municipality-specific information ranging from emergency services contacts to dog policies.

“We want to use technology such as the Beach Reach app to help eliminate some of the hassle when it comes to traffic congestion,” Mitchum said. “Streamlining and simplifying this information is a great way to increase awareness about what’s happening on the roadways and at the beach before the first step out of the door, and that is more important than ever when taking social distancing into consideration.”

Version 1.1 of the app is available now and Mitchum said expanded functionality could be a possibility in the future. Beach Reach was developed in conjunction with local tech firm netGALAXYStudios, a Stingray Branding company.

What Revenues Casinos Bring to the Budgets of Various States