On the 10th of October, South Carolina and Tennessee come together to throw some spotlight on their educators. They realize that teaching is well-known to be underpaid and underappreciated. Teachers, non-teaching staff and their families will enjoy discounts on their tickets and other specials to honor them during the game day. 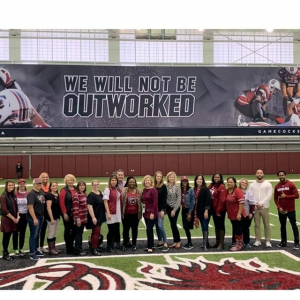 NCAA football is so popular because most people who root for the team are actually connected to those teams. They may not be part of the team, obviously but are current and ex-students who studied and lived within the confines of the college for years. This is also why NCAA football betting is widespread.

NCAA football betting odds discusses point-spreads or totals which wagers have placed every week during the regular season for specific teams. Checking the NCAA football betting tips and odds will provide further insights. Odds-makers use foresight to predict outcomes and other variables for the match.

Usually, the line leans towards the preferred team as fans usually place bets on their affiliated teams. With NCAA football betting, there are much more wagering trends kept overtime compared to NFL professional league. There are so many possibilities with NCAA football bettings and this game in particular is going to be fierce considering the history of both teams.

Last year, Tennessee Volunteers finally broke the Muschamp curse with a 41-21 win over the Gamecocks. They have lived through fairly embarrassing streaks during the last decade, yet this managed to be the strangest one. They got into a seven-game losing streak dating back to 2011 against the backdrop of Will Muschamp.

On Saturday, October 26 2019, they finally ended this streak against the South Carolina Gamecocks (3-5) with a 41-21 victory. This was the 38th gridiron meeting between the two squads. The series started way back in 1903 with Tennessee having been leaders of the all-time series.

The performances by Jauan Jennings, Darell Taylor, Jarrett Guarantano and the rest of the team propelled the Volunteers over their hump. However, South Carolina was not lazy about getting points on the scoreboard. Ryan Hilinski passed Shi Smith the ball that ended in a 75-yard touchdown during the game’s first play. Their defense also made a strong case for itself.

The game changer was a 55-yard touchdown hauled by Marquez Callaway after receiving a pass from Jarrett Guarantano with only 5:07 mins left in the third quarter. Tennessee got a 31-21 lead. A final field goal and blocked punt was added by the volunteers to get a touchdown in the 20 point victory.

The teams have locked horns every year since Carolina signed up in the SEC, 1992 season. During this, the Volunteers managed to emerge victors of 18 out of 27 meets as conference rivals. In the 105-year period spanning 1903 to 2007, South Carolina had won over Tennessee just three times. However from 2008 to 2018, they were victors of 7 meets in the last 11 contests, including the last 3 consecutive.

Former Georgia quarterback and Colorado State head Coach Mike Bobo has joined the Gamecocks as their offensive coordinator. He has been using the off-season to redo their playbook with positive feedback.

Ryan Hilinski is still a big threat but Bobo’s offense scored just a single touchdown in the last three games of 2019. It really is hard to tell between the two teams but I would go with Tennessee given their history against the Gamecocks.

RiverDogs 2020 Season Canceled, but Plan Other Events at The Joe