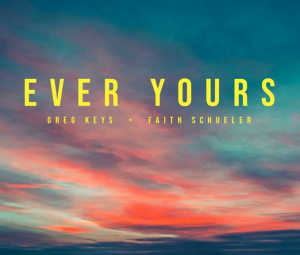 On July 10th, local musicians Greg Keys and Faith Schueler will release their new single, “Ever Yours,” available on all listening platforms. The song is now available for pre-save.


The artists say this Pop/Electronic hit features a combination of synth sounds mixed with captivating vocal performances to deliver a true pop hit. Its lyrics became a conversation about a young couple that are caught between love and a feeling of independence, and how they react to their shared feelings for one another.

Greg Keys has been a performer in the Charleston area for over 4 years. He was formerly the lead singer of the band City on Down and now heads up Greg Keys and Company.

Faith Schueler is born and raised in Summerville, and counts country-pop artists like Kelsea Ballerini and Carrie Underwood as her influences.