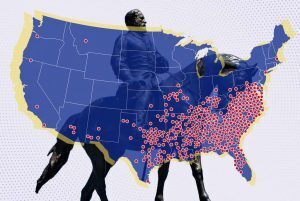 BeenVerified, a website that aims to “help people discover, understand and use public data in their everyday lives,” recently released a study on the “States Where Confederate Monuments Are Falling – And Where They’re Not” and they determined that South Carolina is removing its Confederate monuments at the 2nd slowest rate in the country.


The company says their analysis uses 2020 data collected from dozens of news articles detailing Confederate monument removals. This new 2020 data was used to update the Southern Poverty Law Center’s (SPLC) dataset which was last updated in 2019.

–
In all, 1,712 Confederate public monuments and symbols remain. Monuments tracked by the SPLC include statues, plaques, schools, roads, military bases, buildings, parks and other public designations honoring former Confederate soldiers. BeenVerified’s analysis includes symbols that have been pulled down by protestors, officially taken down, or had decommissioning plans announced.

You can view the full data and methodology here.