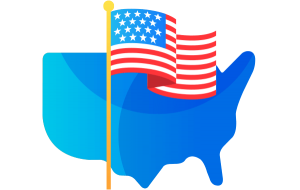 WalletHub recently released updated rankings for 2020’s Most Patriotic States in America and South Carolina ranked as the 10th most patriotic in the country.


To determine where Americans have the most red, white and blue pride, WalletHub compared the 50 states across 13 key indicators of patriotism. Their data set ranges from the state’s military enlistees and veterans to the share of adults who voted in the 2016 presidential election to AmeriCorps volunteers per capita. Below are some additional highlights from the report.