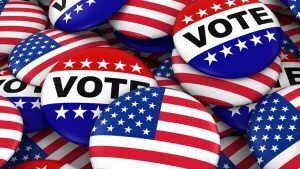 Elections are always important, but in light of recent events, more people than normal are showing interest in this year’s local (and national) races. Finding information can be daunting and turns many people off to the voting process, so Holy City Sinner, with the assistance of Quintin Washington (“Quintin’s Close-ups”), has created this resource, which will hopefully provide some assistance.


South Carolina will hold their Statewide Primaries on June 9th, with any runoffs (more on that in a moment) scheduled to take place on June 23rd.

What is a Primary Election? Primary elections are the process by which voters chose their preference for their party’s candidate. In other words, Primaries decide which Republican will go against which Democrat in the General Election. In some races, there will also be third party candidate(s).  South Carolina’s general election will be held November 3, 2020.

What is a Runoff? Winners in primary contests in South Carolina are determined by majority vote. If no candidate wins a majority, a runoff election is held two weeks following the primary.

I’m registered to vote, but I’m worried about voting in-person due to the coronavirus, can I vote absentee? Yes! But time is running out. You have to print out an application (found here) and get it to your county voter registration office by 5 pm on Friday, June 5th. You may return the application by mail, email, fax, or personal delivery. You’ll then receive a ballot, which you have to return to the county voter registration office in your county of residence by 7 pm on the day of the election (Tuesday, June 9th). You may return the ballot personally or by mail. Get all the details on absentee voting here.

I’m going to vote in person, where is my polling place? You can find that here! Be sure to bring your Photo ID. Polls are open on June 9th from 7 am to 7 pm.

Who’s on my ballot? See a sample ballot here. After you put in your information, click on “View Sample Ballot” underneath your voting information. On the next page, choose which Primary you plan to vote in (Democratic or Republican), then click the button on the right. Now that you who you can vote for, learn more about them below!

How do I learn more about the candidates? Visit their campaign websites and social media channels, watch the interviews they’ve done with Quintin Washington (if they’ve done one, it will be listed under their name as “Interview”), see their responses to the City Paper’s six-question survey (listed under the candidates as “Survey”), and, of course, you can always Google them.

If you live outside of Charleston County, you can find more information about your county candidates here.

If you think anything is missing or you have questions, email christian@holycitysinner.com

The Charleston City Paper sent each candidate a six-question survey to give voters an idea of their priorities. You can see their answers here.

Reminder, if you live outside of Charleston County, you can find more information about your county candidates here.