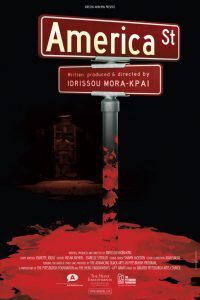 America Street, a 2015 documentary about Charleston’s East Side community, is available to stream for free through June 9th. The film was was written, directed, and produced by Idrissou Mora-Kpai.

“In the wake of George Floyd’s murder at the hands of the police, we are once again witnessing the courageous action of Black people and their allies protesting the systemic violence against Black bodies,” Mora-Kpai said. “In solidarity with this latest movement of social protest for racial justice, I am providing free access to my recent film, America Street, which I shot five years ago in Charleston in the wake of the Walter Scott killing. Too many times, too many similarities. We need to stop this racist pandemic of anti-black violence that started over 400 years ago.”

You can stream the film here.

The following synopsis is from Mora-Kpai’s webpage:

On America Street in Charleston’s East Side neighborhood, Joe is the owner of a small corner store, the heart of an old but slowly disappearing black community. Almost half of all African-Americans trace their origins back to Charleston, a city that is still haunted by its slave owning past. In the face of the multiple challenges that African Americans face, Joe is determined to stay hopeful and to resist losing his neighborhood to the rising forces of gentrification.

My film captures three months during 2015 of Joe’s daily struggles set against the backdrop of racist violence in the city, from the killing of Walter Scott by a police officer to the Emanuel Church massacre by a young white supremacist.

I was inspired to make the film when I moved to South Carolina in 2013. I am a West African immigrant and I was, and still am, trying to navigate a country that feels, in many ways, increasingly unwelcoming towards black bodies.

Through the character of Joe, my film examines how African Americans feel marginalized in a once predominantly black city like Charleston and how white supremacy is becoming more pervasive and insidious in America.