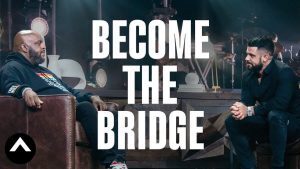 Pastor John Gray, Senior Pastor of Relentless Church in Greenville, SC, joined Pastor Steven Furtick of North Carolina’s Elevation Church on Sunday for a conversation on race and injustice, which you can watch below.

“Become the Bridge” was held in response to the tragic killing of George Floyd and civil unrest occurring throughout the United States, prompting both pastors to make a call to action for churches and members of the faith community.

“Churches need to respond in real time to systemic injustices they see within their communities to bring solutions,” said Pastor John Gray during the broadcast, noting that churches need to take a stand against racism and prejudice. “George Floyd dying on TV with a knee on his neck was our Emmett Till moment where we see the brutality and the lack of humanity that we can literally not ignore any longer.”

During the conversation which streamed on Sunday to audiences of both Elevation and Relentless Churches, respectively, the two pastors spoke at length about American cultural challenges and how churches can particularly address the hurt the black community is experiencing.

“I want this conversation to begin to be the tipping point for the church to have the necessary conversations around true reconciliation one to another according to John 17 because if we don’t have the presence of God in the conversation and in our hearts then empathy and compassion and activism won’t matter,” said Pastor Gray.

“This conversation is a start but it isn’t a solution,” Pastor Steven Furtick said.