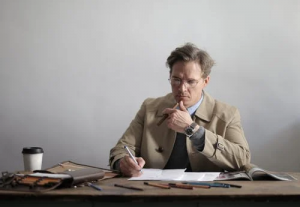 What came into your mind the first time you saw someone smoking a cigar? Just a wild guess, the person was dressed in an expensive suit and was exhaling the smoke off of his limo window? Perhaps it was in a club and he was seated all relaxed in the VIP lounge? Well, whichever the case, cigars are often associated with class and a lavish kind of lifestyle, but as anyone would expect, not all of them are equal. If we can relate this to the world of cars, cigars have their own Mercedes Benzes, Mitsubishis, and Toyotas!

Brands aside, other important factors that matter when choosing a cigar include flavor, combustibility, elasticity, color, aroma, and nicotine composition. Of course, pricing is also crucial, which is why many people compare cigar prices from various online retailers to find the best deals on quality cigars while saving time and money. Especially if you’re looking to gift someone with their favorite pack or cigar accessories, discounts from reputed online stores can come in handy to save you a few bucks without compromising on quality.

Now, assuming that you’re out and about looking for ideas on what to try out, or experiment with, here are the top 9 cigars you need to buy.

This is the “king” when it comes to cigars. It was considered the best cigar in 2019, with a 96 rating! Dope right? The complex, full-bodied cigar is mostly medium to full range, with an excellent head to tail balance. It has transitional flavors, i.e., from the head, there is a taste of cider, and spice, chocolate, and a finish of spice.

This one boasts a dark coffee bean wrapper and a transitional taste composed of earth, cocoa powder, cider, and white pepper flavors. They go transitioning as you continue to smoke. The cedar and white pepper are felt on the tongue as you smoke through from the head to the tail. Its burning rate is straight, forming a uniform line all round.

This fat Cuban cigar is the latest brand in the Le Hoyo family. It makes an excellent option for those who like the light Habanos effect that is full of aroma, great elegance, and delicately complex. It does not have heavy steam in it, making it favorable when you just want to get a little high.

This medium-bodied smoke is from the Dominican Republic. It has dark chocolate and a nutty feel that has strong steam, making it a good one for relaxation. This smoke stick is characterized by black cherry sweetness alongside a spicy finish. Its smoke is creamy and balanced in flavors of earth and cedar.

This one is among the most expensive Cuban cigars. Being among the most common types of cigars, the Cohiba Robusto is a cohesive combination of the oak wood, slivered almonds, and vanilla built-in intensity. It has a combination of dried fruit, spicy, cocoa, and nutty aromas. It is also a strong smoke with a toasted aroma after a burn.

Also quite popular among avid cigar smokers, this tiny, powerful cigar treasure promises balanced flavors and a very strong tobacco taste. Its smoke is rich in a creamy texture with a strong blend of cappuccino and spice. The Montecristo Petit Edmundo is a Cuban smoke that retains all the qualities and aroma.

Last but not least, we have the L’Atelier LAT52. It has an oily, shiny, brown look, with a special wrapper called Sancti Spiritus. The wrapper has a strong resistance to molds. A hybrid of Criollo and Pelo De Oro, this cigar has a strong peppery aroma, citrus, and nut flavor. It has a barnyard aroma upon a smoke. Also, its nicotine levels are not so overwhelming, making it a perfect option for both the inexperienced and light cigar smokers.

This Honduras-based cigar packs some real spicy flavor, no wonder it was in the top ten cigars of the year back in 2016. At the start, you have a cocoa and cedar flavor amid creamy smoke, followed by a pleasant floral flavor and increased strength as you approach the midpoint. The retro-hale gets sweeter as you approach the two-thirds point down the stick. Thanks to its amazing quality, the Gran Puro is widely popular around the world, making it an amazing option to have in your cigar collection. 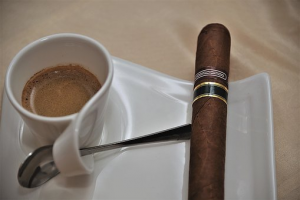 Cigars have their own identity and charm and with all the options available on the market, it all depends on your preferences. While some want cigars with high nicotine content, others prefer mid or low. Some prefer fruity, whereas others would kill for a mint or spicy stick. At the end of the day, careful research can help you pick the option/s that best suits your needs. The above are just a few cigar ideas you can borrow, explore, and choose the ones that spike you best.

How to Take Care of Your Health