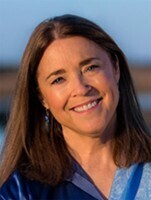 Many of Mary Alice Monroe’s books have revealed the romance, charm and mystique of the South Carolina low country, filled with vivid images of Charleston and the neighboring beaches. Her latest ‘On Ocean Boulevard’ carries on that tradition. The sixth in her ongoing series of ‘Beach Series’ novels, ‘On Ocean Boulevard’ chronicles an extended summer for the Rutledge family as they embrace three generations wrought with love and loss, amid fond memories. 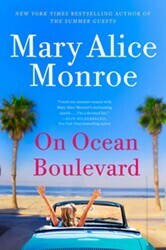 After making her mark in Chicago, Cara Rutledge having returned to Charleston for nearly 16 years, married the love of her life. Now in her late 50’s, widowed and the mother or an adopted four year old daughter Cara is set to wed for a second time. Will the weight of ceremony, combined with family drama, and an unexpected trauma cause her to lose sight of potential wedded bliss.

On the other end of the spectrum, Cara’s 25 year old niece Linnea is returning from San Francisco, her own failed relationship and job now in the rear view mirror. Can Linnea pick up the pieces, after her parents warned her that moving to the west coast, might not have been in her best interest. Perhaps ghosts from the past and a new suitor will fill the void.

Palmer and Julia Rutledge are dealing with their own misfortunes, having self-removed themselves from the downtown Charleston social circle, Linnea’s parents are trying to regroup as full time residents on Sullivan’s Island. How far will Cara’s betrothed David go to please Cara and her extended family, and will his self determination drive the couple apart.

‘On Ocean Boulevard’ is ripe with 368 pages of pure reading splendor. No one depicts Charleston as well as Mary Alice Monroe. For nearly two decades Monroe has been passionate about sharing the low country with her readers. You can smell the sea breeze and visualize the colors of the sand, surf, and summer sky in her dialogue.

While Monroe’s ‘Beach’ series might favor female readers, ‘On Ocean Boulevard’ has enough drama and Charleston references to appeal to men and women of varying ages. Monroe has much in common with low country artists, seemingly she knows how to paint coastal South Carolina as a skilled wordsmith. If you’re looking for an excellent summer read, than ‘On Ocean Boulevard’ will keep you easily enthralled. An ideal book to peruse while lying in a lounge chair or on a beach towel.

An accomplished author and award winning novelist, Monroe has graced the New York Times Best Seller’s List on many occasions and ‘On Ocean Boulevard’ will no doubt follow in that tradition. The Rutledge family drama may be front and center in Monroe’s novel, but her love for conservation and the preservation of sea turtles provide a pleasant backdrop to the story.

I encourage readers to take a leisurely drive ‘On Ocean Boulevard’. Monroe’s ‘Beach Series’ books began back in 2002 with ‘The Beach House’ which Hallmark turned into a made for television movie in 2018 featuring South Carolina native Andie MacDowell. Chronicling the Rutledge family over several decades, avid book readers might enjoy visiting the first five in the ‘Beach Series’. For more visit Monroe’s website at https://maryalicemonroe.com/

Charleston Wine & Food Festival Invites You To Another Helping