The following was written by Brandon Silvers, a born-and-raised Charlestonian, who wanted to share his thoughts with Holy City Sinner. He said he wanted to be clear that he is not pro-destruction, but “definitely 100% pro-change and 100% we need to identify the pain behind the riots.” In the wake of Saturday night’s riot on the peninsula, many people took to social media to post messages like “This isn’t Charleston” or “Charleston is better than this.” Silvers took issue with those statements. His explanation is below. 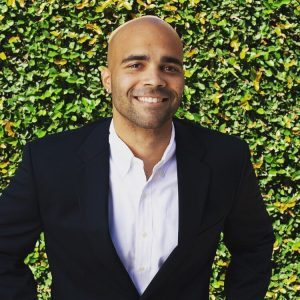 I have an issue with people’s insistence that “This isn’t Charleston!” whenever anything involving race happens. Holy City Sinner touched on it in their recent post about the Southern Charm/MAGA boat controversy. This is absolutely the Charleston that I know. To pretend that it isn’t, minimizes what POC in this city have to go through every day. We are born with a steeper hill to climb, and we experience that burden and minimization of our feelings immediately, even if it takes years to realize it.

As children, we go on field trips to Civil War monuments to celebrate them without being taught the truth behind what the war was about. Those same Civil War monuments help make up the backbone of our tourist industry that brings in so much money. Money that never seems to make it to our schools or our communities. Communities with actual positive Black history that is never taught – such as Maryville, where gentrification is ripping people off and pushing them out.

I can remember learning US History my entire childhood – a watered-down version, of course, where people long ago did things that were not so good, but seemingly had no long-lasting effects on society as a whole. But wait! We get a whole month (even if it is the shortest one) to learn Black History. It is implied that we should feel appreciative for this, but there’s always a weird feeling that you eventually realize is your brain trying to reconcile how you, as an American, are taught your history separately than the other Americans in your classroom. Why should you feel appreciated for being included? Why is their history the default history? History that they refuse to fully acknowledge or take responsibility for, history that we are supposed to get over, history that they fight to hold on to, history that we are told is in the past even though we are hit over the head with it every single day as we drive on roads named for slave masters, past buildings named after segregationists, or on a bridge named for a man (Arthur Ravenel) who thinks the NAACP stands for the “National Association for Retarded People.” A man whose son, Thomas Ravenel, represents Charleston, white privilege, and Charleston white privilege on a national platform despite his arrests, drug use, and baby mamas without any of the backlash I would receive if I had the same.

Living in Charleston means constantly facing these things from the past (no matter how recent the past was), but also navigating the present. A present where you try to figure out the racial makeup of the leadership for companies you apply to in order to gauge your chances of getting a job there (spoiler alert: yikes!). A present where you have to decide between being outspoken on issues of race and being quiet so that you can make money and work to dismantle racism from the inside. A present where your Facebook friends ranted about a football player’s peaceful protest only to advocate for them when those protests lost their peacefulness and using quotes from a man who was assassinated for peacefully protesting. A present where church shootings, police shootings, and any kind of racial unrest is turned into a “We’ve already solved racism! Way to go, white people of Charleston!” celebration shortly thereafter without addressing any of the city’s actual issues. A present where the mayor can use racially charged language such as “thugs,” but I can’t be outwardly mad about it because I must stick to only pointing out obvious forms of racism lest I be labeled a race-baiter and no longer taken seriously by the people who I need to hear me the most, but who I fear don’t want to hear me at all.

This is Charleston. Something needs to be done. It is a cancer that will only grow as long as we ignore it. Real change needs to take place. While I empathize with the business owners trying to put things back together, we must stay focused on the reason for the anger. If rioting is the language of the unheard, “This isn’t Charleston!” are the words of the willfully deaf.
I love my city, even when it doesn’t always love me back. Helping correct its flaws are an expression of that love.

Commentary: Stop The Madness – Unruly Protests Never Help The Cause