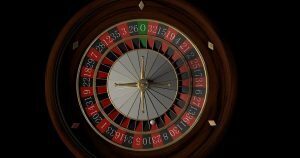 Gambling has been around for decades and it has been inculcated into the culture of many nations. Over the years, the gambling industry has been revolutionized by the advancements in modern technology. These technological innovations paved the way for more and more players to have an ultimate gambling experience.

The first complete video slot game was released in 1975 and this ended the era of traditional slot games with a fixed number of reels. With video slot games, the reels and the symbols in it can be expanded, offering multiple winning lines, coins denominations, and bets on a single machine. Much to the enjoyment of the players, video slot games are often equipped with an appealing sound and flashy animations, as well as free spins and loads of bonus games. This catapulted slot game into fame, allowing the operators to venture out into offering big jackpot prizes.

While there are countries that strictly prohibit traditional land-based gambling, legislation that encompasses online gaming falls into a gray area. Thus, online casino sites and gambling platforms continuously emerged ever since digital technology became widely used. It was in 1994 when Antigua and Barbuda allowed online casino operators to apply for licenses. A couple of years later, the first online bet was placed in InterCasino.

Together with online platforms, poker tournaments, and social gaming also entered the picture wherein players were able to interact with each other through chat rooms while playing. This paved the way for operators to consider live dealer games to provide their patrons with a true feel of the casino floor. Live chat functionality is even made available, allowing players to talk to the dealers directly. This was made possible as internet connections were enhanced to be high-speed, and as computer processors adapted newer technologies.

Along with modern technology came smartphones with advanced capabilities, allowing people to efficiently perform several tasks using only their phones. As more and more people turn to their mobile phones, even for entertainment, operators ventured out into offering casino games on these devices. Mobile gambling began in the year 2007 and over the last couple of years, the revenue of most casino operators already come from mobile gambling. This can be attributed to the fact that playing through mobile devices is a lot more convenient.

Technological innovations made more people appreciate the entertainment brought about by gambling. Not only this but through technology, gambling was brought closer to a wider range of audiences through online casinos and mobile gaming. You can expect more and more exciting innovations in the gambling industry in the coming future, such as the integration of virtual reality in the games.

How To Plan A Vegas Trip Without Leaving The House