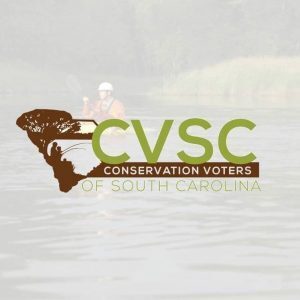 “We must build and strengthen a bipartisan conservation majority in the General Assembly to ensure that all South Carolinians can breathe clean air, drink clean water, and enjoy a legacy of protected lands for generations to come,” said John Tynan, CVSC’s Executive Director. “These endorsed candidates will be critical to that majority – working tirelessly to protect the air, land, and water that South Carolinians love and ensuring healthy, pollution free communities across the Palmetto State.”

Tynan highlighted the bipartisan nature of the endorsements with the organization supporting 14 Democrats and 16 Republicans, “Conservation isn’t a partisan issue – it is a core South Carolina value, and these endorsements reflect that,” said Tynan. “Regardless of party or geography, each of these candidates has a passion and determination for protecting the Palmetto State. We look forward to working with each of them once they’re elected.”

Of the endorsed candidates, 19 (9 Senate and 10 House) have primary contests on June 9. In addition, 6 of the endorsements are in open seats where an incumbent is not seeking election and 3 are challengers to incumbent lawmakers.

Conservation Voters of South Carolina is a statewide nonprofit that fights for South Carolina’s air, land, water, and energy through bipartisan and pragmatic political action. We elect and hold our leaders directly accountable for a safe and healthy South Carolina. Learn more at cvsc.org or follow CVSC on Facebook and Twitter.

Follow us
Related Topics:Conservation Voters of South Carolina
Up Next