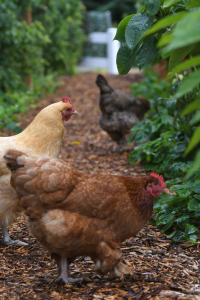 Free-ranged food is animals that are allowed outside of an enclosure for at least eight hours in a day, so they are not locked in indoor enclosures all of the time. They are often grass and corn fed and have a free right to roam; whereas years ago a significant amount of the food on our shelves was factory-farmed where the animals spent an entirety of their lives trapped inside an enclosure, sometimes with three other animals in close proximity; free-ranged food is certainly more merciful and better for the animals.

They are not stressed and live largely as a wild animal would, free to roam and eat from nature rather than bags of processed chicken and cow feed.

In the last decade or so there has been a massive boom in the free-ranged food industry. There are many positives associated with free-ranged food, however a few negatives. And, while the positives in this situation far outweigh the negatives, it is still something to consider. Purchasing free-ranged food can become very expensive, sometimes extortionately so.  . Free-ranged food comes in many forms, from grass fed ground beef to hand-reared chickens as opposed to caged farm hens. Free-ranged food has a strict and religious following in the 21st century. 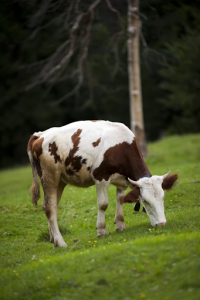 Free-range chicken meat is one of the most regulated by the RSPCA. Farmers must meet a litany of legal requirements in order to have their animals labelled as free-ranged; there is an exact amount of space between hens necessary, otherwise it does not count as being free-ranged and would be labelled falsely. Regulations for cows and sheep are not so strenuous as it would be very unusual for them to not be fed on grass nor raised outdoors, in fact, that would be virtually unheard of as these animals are known for grazing in wide pastures and living outdoors; pigs are not as regulated as they also are known for living outdoors.

In the year 2017 at least a million eggs temporarily lost their status as being free-ranged. Farmers in England, Scotland, and Wales were instructed to have their hens brought into cages to avoid a bout of avian flu that was circulating in the hen population at that time. Under regulations of the European Union, any hen which has been caged for over twelve weeks can no longer be considered as free-range.

To circumvent the significant loss of income, farmers across Britain and Wales began stamping their boxes with stickers that informed the public the caging of the hens was only a temporary measure to avoid making the public sick. Many farmers still labelling their eggs as free range during this period found themselves embroiled in scandal and significant bother, some receiving huge and substantial fines. Free-range hens must be grass-fed and hand-reared, able to traverse their enclosure as much as they like and must be permitted four meters per hen; thus, farmers labelling their eggs as free-range although caged is clearly not free-ranged.

Milk is a new frontier and not regulated at all at this current time. There is very little by way of research with regard to free-range milk and what it actually is, as cows are often grass-fed and spend their days lazily grazing on wide pastures it is hard to truly define free-range milk. However, it doesn’t stop people from continuing to label their items as free-ranged. There is some question as to whether or not it is bad conduct to force your cows to graze outside when the weather is terrible, but that is soon to be brought up for consideration with the RSPCA.

There is a lot of controversy surrounding free-ranged animals and many activist groups go out of their way to protest outside of factory farmed animals and block their deliveries. An argument is that the animals are only bred to know the inside of a cage, so they are not suffering because they were never aware of anything else, this is clearly abhorrent and a terrible argument to make.

The downside of purchasing an entirely free-range is the cost; it can incur extreme costs if you were to purchase solely free-range food. But whatever your personal opinion of course it makes more sense to only purchase free range. Free-ranged food is environmentally friendly, and it is terribly macabre to want to eat from an animal that spends its life scared and confined in a cage no larger than a toilet.

Cane Rhum Bar will Not Reopen on East Bay Street