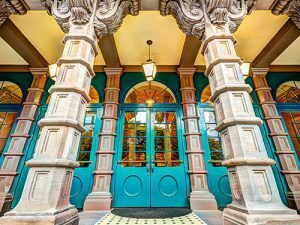 Charleston Stage on Friday announced that they would be delaying the opening of their 43rd Season to January 2021.

“This brief intermission from production will give us the financial strength to return with a full staff in January once we begin production again,” the organization said in an e-mailed statement. “We feel that it is best at this point, to err on the side of caution and reschedule and restructure our operations to weather this storm. If conditions do improve, this would also give us the resources and flexibility to reopen sooner. For now, however, we expect for the curtain to rise again on Charleston Stage productions in January 2021.”

With this change, Charleston Stage said they will reduced their operating budget over the next nine months by 60% – almost $1 million dollars – and will be forced to furlough 19 of their 29 staff members for some months. In the meantime, they said they will be relying on the community to help raise a needed $200,000 to continue their scaled down operations. This will allow a smaller staff to begin making preparations for the shows still to come. The community can contribute to Charleston Stage’s “Curtain Up Fund” that will help sustain the company during this challenging time. Donations may be made online at CharlestonStage.com/CurtainUp.

Though delayed, they will still produce an amended lineup of plays and musicals at the Historic Dock Street Theatre that will open in January 2021. The new season will now open with the acclaimed musical, A Closer Walk With Patsy Cline in February 2021. This will be followed by the Charleston premiere of Agatha Christie’s Murder on the Orient Express in March, the Best Musical Tony Award-winning Kinky Boots in April, and Steve Martin and Edie Brickell’s Bright Star in June. There will also be a Family Series production of E.B. White’s children’s classic, Charlotte’s Web in January 2021.

Due to the required social distancing because of the pandemic, Charleston Stage also had to cancel their summer Education classes for their TheatreSchool students at the West Ashley Theatre Center. They are hoping the classes will return sometime in the fall.

Adjusted season ticket packages for Charleston Stage’s 43rd Season will go on sale June 15th. Memberships will be available online at CharlestonStage.com. Patrons may also leave a message at (843) 577-7183 or email boxoffice@charlestonstage.com and Charleston Stage staff, who are working remotely, will respond.

Charleston Stage offices and the Box Office will be closed May 15th – May 25th to allow staff to regroup after these significant and difficult changes. Offices will reopen on Tuesday, May 26th after Memorial Day.