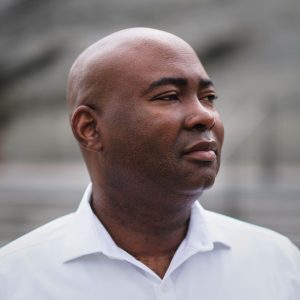 Pete Buttigieg this week announced that Win the Era has endorsed 22 candidates running for office at all levels of government, the leadership PAC’s first set of endorsements for the 2020 cycle. Among the endorsements were South Carolina’s Jaime Harrison (right), a Democrat running against Republican incumbent Lindsey Graham for a US Senate seat, and Democrat JA Moore, the state representative for South Carolina’s 15th District.

Win the Era was established by Buttigieg to support candidates who “embody and lift up the values that bring Americans together.” The organization says their “first round of 2020 endorsements includes candidates tackling the issues facing this and subsequent generations, leaders running pioneering campaigns who will change our politics for the better, and individuals at all levels of government who model the values and spirit that animated the Pete for America campaign.”
“In a time of national crisis, there is more need than ever for leaders who will bring people together to build a more equitable, sustainable future and make sure we emerge from this pandemic stronger than before,” said Pete Buttigieg. “It’s not enough for us to just replace the current president – we must do away with the cruelty and division that have defined the Trump era, and elect leaders at every level of government who will build a nation where every American feels a sense of belonging in our future.”
The 22 candidates endorsed by Win the Era are:
As part of the endorsement process, Win the Era identified candidates and campaigns who embody the following values and characteristics. Win the Era also incorporated endorsement recommendations submitted by members of the Pete for America supporter community across the country.
Endorsement Criteria
Generational leadership: Win the Era will support candidates who represent a successor generation of leadership, and those who advocate and lift up the issues facing this and subsequent generations with a vision for a better future through real structural reform.
Building belonging: The Democratic Party comprises Americans of every race, background, sexual orientation, gender identity, belief and ability. These voices are too often lacking in local, state, and national representation. Win the Era will lift up candidates who reflect the values of our party and the breadth of our country.
Pioneering campaigns: Win the Era will pay special attention to Democratic candidates competing and campaigning in typically conservative areas, especially areas with emerging diversity in the electorate not yet reflected in leadership. We remain convinced that there is no such thing as a permanently “red” state, district, or precinct.
Substance and policy: Win the Era will seek out candidates and leaders who propose and support meaningful, bold policies to reform what must change in our political and economic system. We are looking for the architects of the kind of 2020s we must create in order for life to be better in the 2050s. This includes serious democratic reform, major climate action, and economic policies that empower workers, address systemic racism, and deliver real equity in our time.
Personal qualities: Win the Era will seek out candidates who model the values and spirit of the Pete for America campaign. This includes a focus on our Rules of the Road: respect, teamwork, belonging, responsibility, boldness, truth, substance, excellence, discipline, and joy. Simply put: People in it for the right reasons, exhibiting empathy and service, will draw our support.
Win the Era will leverage the strength of its national community to support these candidates by introducing them to its members and identifying ways individuals can support these campaigns financially and through organizing efforts. Win the Era will continue to announce additional candidate endorsements in the coming months.
About Win the Era
Win the Era Leadership PAC and Action Fund are organizations founded by Pete Buttigieg in April 2020 following his historic presidential campaign. The Win the Era Leadership PAC will work to elect leaders at every level of government who embody and lift up the values that bring Americans together and represent the spirit of the Pete for America campaign.
–
Press Release