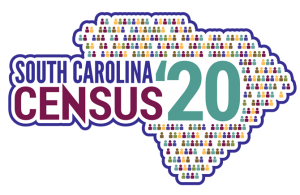 Lieutenant Governor Pamela S. Evette, chair of the South Carolina Governor’s Complete Count Commission, worked with University of South Carolina students to launch a video campaign promoting census completion. The video premiered during a Facebook Live event hosted by Lt. Governor Evette on Wednesday, May 13th. You can view the video below.

A complete count of SC residents will drive local funding allocations for schools, healthcare, disaster response, and more than 50 other federal programs for the next 10 years. Census data is used to support economic development and the installation of broadband internet. Community leaders from more than 200 non-profit organizations along with leaders from every state government agency and local governments are working together through the statewide commission and local complete count committees.

South Carolina is currently 39th in the nation for self-response to the 2020 census. It has never been easier or safer to complete the census. All residents of South Carolina alive on April 1, 2020 should be counted. The census can be completed by going to www.my2020census.gov, calling 844-330-2020 for English or 844-468-2020 for Spanish, or filling out the paper form send by mail.
–