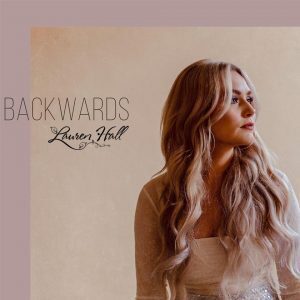 Local singer, songwriter, and musician Lauren Hall today surprised fans by releasing her latest single, “Backwards.” The song, which will be on Hall’s upcoming EP, is now available to stream or purchase on Apple Music and Spotify.

Originally, the singer planned to release a different single first, but decided “Backwards” conveyed a message that was appropriate for the current climate. Hall said the song is very special to her because it was written during a difficult and uncertain time in her life. From the Fall of 2018 to the Spring of 2019, she was put on strict vocal rest and stopped playing shows for seven months.

“It was a very abrupt change that I didn’t see coming and it basically felt like my life and career had been put on pause, kind of like a lot of people feel right now actually,” Hall said. “I was stripped of a lot familiar things and people in my life during that time and I didn’t understand why I was going through so much at once. It felt very uncertain and purposeless at the time, but so many positive things came out of that season, I just didn’t see them yet.”

During that time, Hall said she had to put her trust in God and believed everything would be ok.

“I just wanted to encourage y’all if you feel like this time we’re in is purposeless and you are feeling scared, just know that God has a plan,” she said. “He is going to work all the details out. I hope this song is healing to y’all as it was to me to write.”

Hall is celebrating the single’s release tonight with on Facebook Live. The performance starts at 8 pm. Click here for more details.