Former Charleston Resident Making Music On Her Own Terms 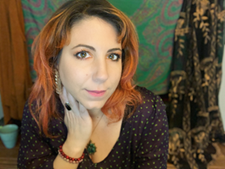 While she currently hangs her hat in New York City, New Jersey native Elise Testone spent nearly a decade living in Charleston after earning a degree in music from Coastal Carolina University back in 2005. Long before she gained national attention placing sixth on American Idol in 2012, the singer songwriter was thrilling audiences throughout the low country with her unique blend of soul, R&B, and rock n’ roll.

Her time in the spotlight on Idol may have provided more name recognition, but Testone admits to being in a much better place now. “Ah, the Idol questions have been one constant recurrence in my life, that has not changed, haha. If we are comparing my life then to now, the biggest difference would be my overall outlook on a music career. Things that I felt were ‘very important’ are more leveled in my mind and I have more realistic desires that are better suited for me as a person.”

Testone cites many examples. “There is no gig too small and no job more important. I don’t need to be in a huge lime light to be successful. I don’t need to be in an arena to be heard. In fact, ironically, you can be less listened to than ever in that environment! I am grateful to be able to bring joy in smaller rooms where you have to true attention of the listener and in one on one vocal coaching sessions with young people.”

She adds, “I love collaborating with all different artists, as I have been doing. I do not need to look and dress like a super star to feel like a super star. I do not need approval from ‘big names’ in the industry to understand my worth like I once believed I did, and I don’t need to put a tremendous amount of pressure on myself and those that work with me to succeed.”

With that epiphany have come changes. “A few of my relationships have been tarnished because of that state of mind, and that was a learning curve I am happy to have passed. I am constantly achieving smaller more realistic goals, and the journey has never stopped for me. I have never been happier with than with this recent transition of understanding this.”

Prior to the new normal Testone was busy collaborating musically. “I have been excited to create new music and have been doing so with all different people of different genres. Some include reggae, Hip Hop, jazz, Americana and more. Recent releases that feature me include “Lone Angel” by Ghost-Note in which I wrote the lyrics and melody, “Ascending” by Passport Rav in which I sing the hook, “I don’t Want Nobody Else” a duet by Quentin Moore, and “New World” by Of Good Nature where I arranged and recorded BGV’s.

She maintains other projects and interests as well. “I am also writing for my own future project and am excited about the ideas pouring out of me. I think vocal coaching and song writing collaborations have really aided in my growth as a creator. There is one specific 18 year old student who I really enjoy writing with. She has sparked something inside of me creatively and I am so grateful she seeks my guidance.”

Although she is keeping busy during the current pandemic Testone has been staying a little further north. “I have been performing many online shows, fulfilling video requests through donations, and helping home school my two nephews, who are 6 and 4 years old, in Rhode Island at my sisters.”

Not only is she closer to immediate family, residing closer to home and in the metro Big Apple area provides more advantages for her music career. “Living in NY definitely leaves the door open for endless opportunities and possibilities. Since I have lived here I have checked a few boxes off my bucket list!”

Among her cherished bucket list memories from the past few years, “Singing with Bernie Worrell, becoming good friends with and singing with Leo Nocentelli of The Meters, selling out clubs like The Cutting Room in Midtown Manhattan, meeting Bonnie Raitt and John Mayer, watching from backstage as Dr. John accepted an award, sharing Scotch with Bruce Willis while he played me some harmonica, and much more. I also recorded my recently released second Album, This Is Love, in NY with co-Producer Jesse Fischer.”

Like many artists Testone has improvised during the pandemic. “Well, being able to still reach my fan base via the internet is really great.” Not playing live is challenging but has an upside. “I miss performing on a stage and hearing the live feedback of the crowd, but I also enjoy having time and space to create and record.”

She admits the virus has taken a toll on her income. “Financially it is tough, of course, especially since so many of us rely on large crowds to make money, but people have been very generous with their donations for song requests, which has helped me a lot not just financially, but also mentally.”

She owes her sanity and livelihood to her faithful followers. “My fans have really kept my spirits up with their love and support.”

Family ties, staying busier, and increased advantages to further her career aside Testone says she has a soft spot for the Holy City. “Charleston will always be a second home to me and I visit, at the very least, three times a year, but usually more.”

Her list of favorite spots in the low country is long. “Both The Maybank and Coleman Public Houses, Sunrise Bistro, the Charleston Pour House, The Alley, FIG restaurant, Fire Ant Farms, and all the natural beauty that there is to see around the area, including the beaches of course. I also love performing at the Charleston Music Hall. It’s an awesome venue.”

Testone says another local night club new to the downtown scene has real promise. “I think Forte Jazz Lounge has great potential to become one of the hottest spots in town for shows, and I really enjoyed playing there. I am excited to watch it grow and evolve.”

With American Idol well in her rearview mirror, Testone has many career highlights over the past eight years. “Fronting the James Brown’s band that he toured with for his last 15 years. A huge highlight for me was singing in the young guitar prodigy’s band, Brandon ‘Taz’ Niederauer, who is easily one of my favorite people.”

That allowed for coast to coast exposure. “Playing with Brandon’s band for two years brought me to tons of festivals all over the country where we played for thousands of people on huge stages. Performing in that scene has also always been one of my goals and I made memories during that time that I will never forget! Another huge highlight for me was being a featured singer in Vic Firth’s VFJams. It was amazing.” 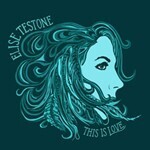 Another of her dreams became reality recently. “I want to make sure everyone knows that my latest album, This Is Love, is available on all streaming and digital platforms, as well as VINYL!! It has always been a dream of mine to have my music on vinyl and it has finally come true! If anyone is interested in requesting a video of any song, a cover or an original, I am currently fulfilling those requests via my Facebook Fan Page. Just read the pinned post at the top of the page to know how to do it.”

Depending on how social distancing measure ease up, Testone may return to Charleston soon. “I am scheduled to play at Loggerheads on Folly Beach, Dead Dog Saloon in Murrell’s Inlet, MASH in downtown Charleston, and Forte Jazz Lounge, all the last week of May. I haven’t heard yet if these shows are still happening but I have a feeling they may be canceled. Please stay tuned!”

Another outlet for her is based in the low country. “I also enjoy private vocal coaching at Chris Holly’s Music Unlimited school every time I come to town. If anyone is interested they can message him or me to sign up! Most of my lessons are online these days.”

Through it all Testone wants her fans to know she is content with her career moves. “I am very happy and feel that I know myself better than ever before. I am always anxious and excited to see what each year will bring, what I will learn, and who I will collaborate with. I am really happy with the latest album I released as well, especially the song for my best friend who passed away titled “Holly”. She leaves Holy City Sinner readers with this ray of hope, ‘I am sure the world will go back to normal soon.”

Long before she gathered a bigger audience due to her time on Idol, Testone was wowing audiences Charleston. While Idol was just another step on her career path, she has climbed the musical staircase all on her own, making music on her own terms. Her sound is soulful and refreshing. For more on Elise Testone and her music visit her website http://elisetestone.com/