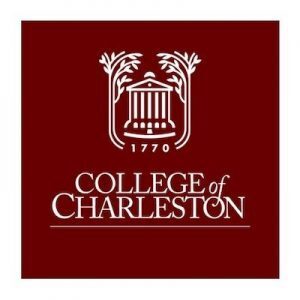 Each year thousands of students gain educational experience at the Music Teachers National Association (MTNA) National Competition while vying for top prizes and national recognition. The competition aims to highlight exceptionally talented young artists and their teachers in their pursuit of musical excellence. College of Charleston student violinist Tianyu Liu was declared the 2020 national winner of the MTNA’s Young Artist Performance competition. This year’s finals were conducted via video.

Grand-prize winner of the 2018 Ronald Sachs International Music Competition in North Carolina, Tianyu Liu is a junior majoring in music at the College of Charleston School of the Arts. He recently made his American debut at the Bruno Walter auditorium in Lincoln Center with the Waxman Carmen Fantasy, one of his favorite concert pieces. He also performed the Mendelssohn Violin Concerto with the College of Charleston Orchestra.

In 2019, Liu participated in the Michael Hill International Violin Competition in New Zealand (2019) after being selected as one of 16 quarter finalists; this competition is sought after by promising young artists worldwide. Fellow quarter finalists included students from major conservatories including, Curtis Institute of Music, The Juilliard School, New England Conservatory, as well as those in Vienna, Berlin and across the world.

Liu’s focus will turn to the next Menuhin International Violin Competition (scheduled for 2021), in which he has been selected as one of 22 participants.

A long way from home, this native of Wuhan – a major Chinese metropolis known as “the Chicago of China” – accepted a scholarship to pursue his undergraduate studies in violin with College of Charleston Associate Professor Lee-Chin Siow, in 2017. Siow talent spotted him when she was a visiting professor in Soochow University in Suzhou, China in 2013. She was so moved by his love for music and his talent that she invited him to study with her at the College of Charleston’s Department of Music when she returned to the United States.

Liu has made great strides toward his dream of becoming a concert violinist. In 2016, under the mentorship of Siow, he went on to win the First Prize and the Best Paganini Prize in the Cremona International Competition for Strings in Italy. Career highlights include a solo performance of Paganini Caprice in the Museo del Violino in Cremono, Handel-Halvorsen’s Passacaglia for Two Violins with Siow in the 2014 Jinji Lake Arts Festival presented by the Suzhou Arts and Cultural Center in China, and as soloist performing Tchaikovsky Violin Concerto with the Wuhan Conservatory Orchestra. In the summer of 2017, the U.S. Consul General in Wuhan invited Liu to give a solo performance of the U.S. National Anthem at the 241st Independence Day celebrations graced by government leaders, officials, and 400 of their most important contacts around Central China. In an appreciation letter, U.S. Consul-General Zadrozny praised that, “Tianyu Liu’s rendition of the Star Spangled Banner was especially touching.”

Liu is a recipient of the Marion and Wayland H. Cato, Jr. Endowed Scholarship for the School of the Arts, the Lee Harwood Scholarship in Music and the Reba Kinne Huge Award in Music.

Life Challenges You Need a Lawyer to Help With