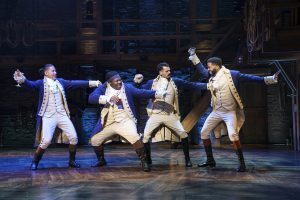 The Best of Broadway series also announced that the national tour of Hamilton will be on the 2021-2022 season! The best way to guarantee access to tickets to Hamilton is to purchase season tickets for the 2020-2021 season. When you renew your season tickets for 2021-2022, you will guarantee your seat locations before tickets go on sale to the general public.

“In these uncertain times in which we are living, we all need something positive to look forward to and the 2020-2021 Best of Broadway season at the North Charleston Performing Arts Center is just that,” said North Charleston Mayor Keith Summey. “The Best of Broadway continues to be the biggest and best theatrical experience in the Lowcountry and audiences from all over South Carolina and beyond come to our beautiful city to enjoy this world class entertainment.”

In addition to having the same seat for all performances, Best of Broadway season ticket holders enjoy many other benefits such as free parking, priority access to tickets for North Charleston Coliseum & Performing Arts Center events before they go on public sale and special discounts & offers.

The Best of Broadway series features the best in national touring Broadway shows and is presented by the Nederlander Producing Company of America and the North Charleston Performing Arts Center. 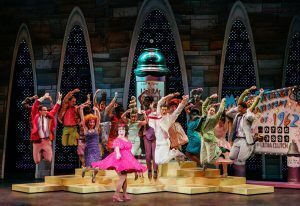 “If life were everything it should be, it would be more like Hairspray. It’s irresistible!” – The New York Times

You Can’t Stop the Beat! Hairspray, Broadway’s Tony Award-winning musical comedy phenomenon that inspired the blockbuster film and live television event, is back on tour! Join 16-year-old Tracy Turnblad in 1960’s Baltimore as she sets out to dance her way onto TV’s most popular show. Can a girl with big dreams (and even bigger hair) change the world?

Featuring the beloved score of hit songs including “Welcome to the 60’s,” “Good Morning Baltimore,” “It Takes Two,” and incorporating “Ladies Choice” from the musical film adaption, Hairspray is “fresh, winning, and deliriously tuneful!” (The New York Times).

Charlie and the Chocolate Factory

Roald Dahl’s amazing tale is now North Charleston’s golden ticket! It’s the perfect recipe for a delectable treat: songs from the original film, including “Pure Imagination,” “The Candy Man,” and “I’ve Got a Golden Ticket,” alongside a toe-tapping and ear-tickling new score from the songwriters of Hairspray.

Willy Wonka is opening his marvelous and mysterious chocolate factory…to a lucky few. That includes Charlie Bucket, whose bland life is about to burst with color and confection beyond his wildest dreams. He and four other golden ticket winners will embark on a mesmerizing joyride through a world of pure imagination. Now’s your chance to experience the wonders of Wonka like never before – get ready for Oompa-Loompas, incredible inventions, the great glass elevator, and more, more, more at this everlasting showstopper!

“How is it that the coolest new show on Broadway is a 1943 musical?” says The New York Times. This is Oklahoma! as you’ve never seen or heard it before—reimagined for the 21st century, and now the Tony Award winner for Best Revival of a Musical. Funny and sexy, dark and jolting, this acclaimed production of Oklahoma! “lets us experience Rodgers and Hammerstein’s greatness anew.” (The New Yorker).

Stripped down to reveal the darker psychological truths at its core, Daniel Fish’s production tells a story of a community circling its wagons against an outsider, and the frontier life that shaped America. Upending the sunny romance of a farmer and a cowpoke, this Oklahoma! allows the classic musical – and our country – to be seen in a whole new light.

“This production shocked me and moved me,” raves Frank Rich of New York Magazine. “This is the Oklahoma! that was there all along.” “The Daily Beast raves “Forget your traditional idea of Oklahoma! Daniel Fish’s daring, brilliant, utterly absorbing re-interpretation is dark and different—brilliantly so.”

Fiddler on the Roof

Tony®-winning director Bartlett Sher and the team behind South Pacific, The King and I and 2017 Tony-winning Best Play Oslo, bring a fresh and authentic vision to this beloved theatrical masterpiece from Tony winner Joseph Stein and Pulitzer Prize winners Jerry Bock and Sheldon Harnick.

The original production won ten Tony Awards, including a special Tony for becoming the longest-running Broadway musical of all time. You’ll be there when the sun rises on this new production, with stunning movement and dance from acclaimed Israeli choreographer Hofesh Shechter, based on the original staging by Jerome Robbins. A wonderful cast and a lavish orchestra tell this heartwarming story of fathers and daughters, husbands and wives, and the timeless traditions that define faith and family.

Featuring the Broadway classics “Tradition,” “If I Were a Rich Man,” “Sunrise, Sunset,” “Matchmaker, Matchmaker” and “To Life,” Fiddler on the Roof will introduce a new generation to this uplifting celebration that raises its cup to joy! To love! To life!

More than 35 million people around the world have experienced the smash hit phenomenon that is Blue Man Group and now it’s your turn! Blue Man Group returns to the Lowcountry for a limited engagement on their new North American tour. It’s everything you know and love about Blue Man Group—signature drumming, colorful moments of creativity and quirky comedy—the men are still blue but the rest is all new! Featuring pulsing, original music, custom-made instruments, surprise audience interaction and hilarious absurdity, join the Blue Men in a joyful experience that unites audiences of all ages.

Inspired by the beloved films, the romantic and adventure-filled new musical Anastasia is on a journey to the Lowcountry at last!

From the Tony Award®-winning creators of the Broadway classic Ragtime, this dazzling show transports us from the twilight of the Russian Empire to the euphoria of Paris in the 1920s, as a brave young woman sets out to discover the mystery of her past. Pursued by a ruthless Soviet officer determined to silence her, Anya enlists the aid of a dashing conman and a lovable ex-aristocrat. Together, they embark on an epic adventure to help her find home, love, and family.