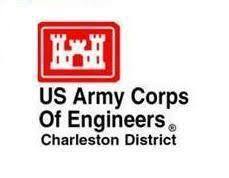 Press Release From the City of Charleston:

On Monday, the United States Army Corps of Engineers released a preliminary flood protection plan for the Charleston peninsula. The plan is the result of an 18-month study of coastal storm impacts on the Charleston peninsula and can be viewed on the Army Corps of Engineers website, here: https://www.sac.usace.army.mil/Missions/Civil-Works/Supplemental-Funding/Charleston-Peninsula-Study/.

The federal public comment period for the plan, which has been extended from 30 to 60 days to allow for additional civic input, began Monday. After the federal comment period has ended, the city will sponsor a larger public engagement process that will run through next April.

Mayor John Tecklenburg said, “I encourage all of our citizens to review this plan carefully and offer comments. The next 60 days of public input will be vital to refining the plan, and helping to ensure that it meets the high standards set by our recent Dutch Dialogues Charleston project.”