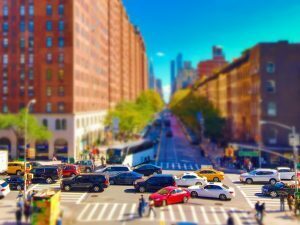 The major bone of contention after an accident is usually about who was at fault. Now, it gets even trickier when a pedestrian is involved. If you’ve ever been involved in a road accident or witnessed one, then you know how confusing this situation can be. In most cases, the pedestrian is never blamed for the accident. All the accusing fingers will be pointed at the driver, who may or may not be at fault. In some countries, things can get heated up pretty fast. Instances of motorists being lynched have been reported after a car hit a pedestrian.

The sense of determining fault after a car has hit a pedestrian is not as simple as most would assume. The best part, however, is that most of these cases will go to trial and instead of witnesses or sitting judges deciding on who was at fault, it will usually be left to the jurors and insurance companies. A personal injury attorney is also very crucial in such cases. So, is the driver at fault or could it be the pedestrian’s fault? To help answer these intricate questions, below is a guide to knowing who’s at fault when involved in a pedestrian accident.

Determining Who Had the Right Of Way

Both motorists and pedestrians must learn a thing or two about the right of way laws. Fortunately or unfortunately, the right of way can have different meanings to different people. In addition to this, these laws may differ from one state to the other. When traveling abroad, you may have a hard time when navigating the various roads in your country of destination. This is why before traveling, and if you’ll be driving abroad, you need to learn about the various traffic laws that can affect you. To add to this, whether abroad or not, as a motorist, you need to know more about pedestrians and their right of way. Ideally, a driver is required to stop or slow down at various intersection points to give way to oncoming traffic or pedestrians crossing the road. After an accident involving a pedestrian, a personal injury attorney will investigate whether the pedestrian had the right of way or not. The same will be done to the motorist in trying to determine fault. It’s never an easy process, but with witness information, traffic cams, and CCTV videos, it can be fairly easy.

Most accidents involving pedestrians are as a result of  someone’s negligence. It may be the driver’s fault or that of the pedestrian. In most cases, both the driver and the pedestrian will be at fault. In this case, different states have adopted systems that help when it comes to compensation. Let’s take a look at some of these rules:

Victims of pedestrian-car accidents have a right to file a claim. This will ensure that they are fairly compensated through the driver’s insurance policy. But to prove fault, they must be able to show the following: 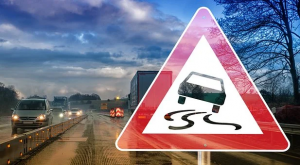 In personal injury cases involving pedestrians, determining fault must also involve carefully establishing the factors that could have contributed to the accident. Now, the areas of liability in pedestrian accidents include:

Pedestrian car accidents are complicated and intricate. Allocating fault is the trickiest part and will in most cases require a thorough investigation. An experienced attorney can help in this area and they’ll advise you on the best strategies to use.

Transform Your Outdoor Kitchen With These Easy-peasy Tips