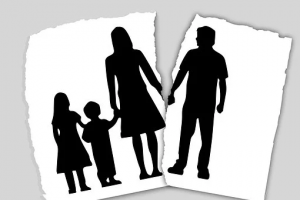 A perfect marriage or relationship is perhaps one of the hardest things to come by in this 21st century. It’s one of the most gnarled strolls in life, especially as age and time go by between two fallible human beings. If recurrent flaws between the partners in a marriage are not addressed properly in a mature and stern way, most relationships end up breaking.

It gets even more intricate and heart-wrenching if there is a child or children involved in the union. More often than not, breakups impact heavily on the child more than the parents as they are caught up innocently between fights of the two most important persons in their lives. When the inconceivable happens and the parties break up, separate or divorce, a myriad of questions arise regarding who should stay with the child and who should support their welfare. Nonetheless, some divorce cases can be complex and to make sure the child/children don’t suffer from their parents’ mistakes, it’s advisable to understand child custody in and out. On this note, here are a few things every parent should know about child custody.

1. It Often Leads To Legal Battles

In essence, child custody outlines the responsibilities and rights each parent has as far as their children are concerned. More often than not, however, when a marriage ends in divorce, disagreements may arise regarding who should keep the child or children and who should support their needs. As will be discussed later, there are various ways to arrive at an agreement or decision regarding child custody, which may occur in or outside the family law courts. All the same, sometimes the parents fail to agree on their own and when this happens, legal counsel is necessary, whether the issue goes to court or not. Attorney Bryan K. Levy of BTL Family Law says that this is a common scenario, especially in high stakes divorce cases, which can be dramatic, long, stressful, and resource-intensive. When dealing with such a case, you need an experienced and professional family law attorney to counsel you and represent you in court with the best interests of you and your child at heart.

There are various types of child custody agreements, which vary widely from situation to situation. Some of these include the following:

Both parents get to make important life decisions relating to the child’s upbringing. These may include decisions relating to the child’s schooling, healthcare, holidays, and religion, among others. Also, one parent may have the right to make key decisions regarding the child without necessarily consulting the other. In case the unforeseen happens, and you’re denied access to your child, you can report to the authorities, requesting the judge to reinforce your rights as granted in the custody agreement. Try as much as possible and avoid confrontations as this might hugely affect the child in such scenarios.

In sole custody, the court grants sole parenting rights to only one of the parents. It might sound harsh towards the other party, but in some cases, judges have been forced to enforce it. This may involve circumstances, such as where the said parent is a drunkard, drug addict, have child abuse tendencies or is physically/mentally challenged.

This type of custody requires parents to work together to ensure they make the best decisions for the child. It works best when both parties live in close vicinity. The parents can make an arrangement whereby one of them gets to spend significant time with the child, perhaps a week or a few days in each parent’s house. You can also alternate, where the child spends the April holiday with one parent and the August holidays with the other.

As earlier mentioned, child custody issues can be resolved in various ways. The parents can do it alone outside the courts, in the presence of a mediator, or with the help of a good family law attorney. The other option is through a family court, which becomes necessary where complex issues arise and the parents can’t resolve the matter on their own. It’s also important to note that child custody laws may vary from state to state or country to country. 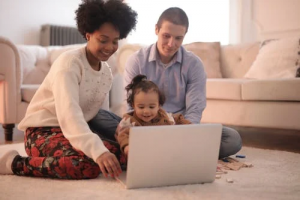 Lastly, it’s worthwhile to note that co-parenting comes with its advantages and disadvantages, especially if one parent is well off financially than the other. This might bring unhealthy competition and the child might prefer the parent who pampers them more than the other. It’s best to always put the child’s interest first as your co-parent! Nonetheless, navigating child custody becomes less frustrating if you’re informed, and the few pointers above might just be all you need.

How to pick the perfect pair of eyeglasses

VCE Player: Your Secret Tool to Ace Any IT Exam