UPDATE – 3/22/20: This event has been postponed. A new date will be announced at a later time. 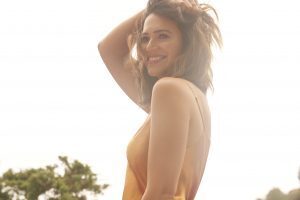 inger-songwriter Mandy Moore has announced her 2020 North American tour dates, which includes a stop at the  North Charleston Performing Arts Center on March 31st, 2020. Tickets go on sale Friday, November 22nd at 10 am.

“It’s been over a decade since I’ve hit the road but I am thrilled to put together an intimate, elevated evening of new and old tunes, performed with a superb group of musicians,” Moore said. “I want the show to have threads of what the writing and recording process was like with this band, almost like you’ve been invited in our living room for an inside glimpse. It just feels good to be sharing this side of me again in its purest form, a real side of me I have been itching to put back into the universe.”

The tour comes after the announcement of her highly anticipated return to music. Over the past several weeks, Moore has released two singles from her upcoming album, due out next year on Verve Forecast.  The album marks Moore’s first return to music in over a decade.

An Emmy-, Grammy- and Golden Globe-nominated actress, singer, and songwriter,  Moore first came to national attention with her platinum-selling 1999 debut album So Real. With her sophomore effort I Wanna Be with You arriving in 2000 and her self-titled third album released in 2001, she starred in the film adaptation of Nicholas Sparks’s A Walk to Remember in 2002, winning an MTV Movie Award for Breakthrough Female Performance.

Over the next decade, Moore appeared in a dozen films and released a series of celebrated albums: 2003’s Coverage, 2007’s Wild Hope, and 2009’s Amanda Leigh. Since 2016, she’s starred on the critically acclaimed NBC series This Is Us, earning Emmy and Golden Globe nominations for her role as matriarch Rebecca Pearson. The fourth season of This Is Us premiered in late-September 2019.

Going Places’ Gala: Welcome to the Circus Scheduled for September