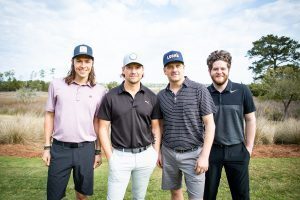 As concerns over the COVID-19 virus increase, organizers of the annual NEEDTOBREATHE Classic are postponing the event until the fall. The celebrity golf tournament and after-party concert were scheduled for March 30th at the Daniel Island Club.

Plans are to reschedule the event for October. Specific details will be released as soon as they are finalized.

“We have celebrities, sponsors and players traveling in from around the country, and we don’t want to unnecessarily put them or any of our team here in Charleston in harm’s way,” said Britt Gilbert, founder of Commonwealth Cares Foundation, which organizes the annual event. “It’s never an easy decision to postpone an event, but the health and safety of everyone involved is our primary concern. We would much prefer to err on the side of caution.”

The event proceeds support Charleston-based OneWorld Health as it empowers communities around the world to achieve long-term improvements in health and quality of life. The 2019 NEEDTOBREATHE Classic raised a record $300,000. In total, this event has brought in $1,199,000, helping to provide 400,000 people with quality, affordable health care through the work of OneWorld Health.

Gilbert said the NEEDTOBREATHE Classic experience in October will be just as good – if not better – than what was originally planned for this month.

“On behalf of Commonwealth Cares Foundation and NEEDTOBREATHE, we appreciate everyone understanding our decision, and we look forward to hosting this incredible fundraiser this fall,” Gilbert added.

All sponsorships and player registrations will be honored for the makeup date. Anyone with questions, can contact Britt Gilbert at 843-884-4545 or Alexa Harnig at 843-343-7451 or alexa@empiresportssc.com.