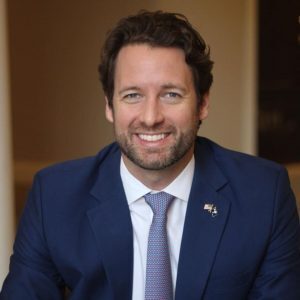 Rep. Joe Cunningham (SC-01) on Monday introduced legislation that would require South Carolina and other states that have not expanded Medicaid to publish a yearly report on access to affordable health care coverage in their state.

The Medicaid REACH Act would require any state that has rejected federal funding available to expand Medicaid, by January 1st of each year, to post on a public, state website the following:

In other states, Medicaid expansion has helped increase access to care and improve health outcomes; promote financial security by reducing medical debt and protecting people from medical bankruptcy; and lower uncompensated care costs for hospitals, allowing rural hospitals to stay afloat. Moreover, federal taxes collected from South Carolina households and businesses are being used to finance Medicaid expansion other states, but not in South Carolina.

“Right now, South Carolinians’ tax dollars are being used to pay for Medicaid expansion in other states, without receiving any of the benefits,” Rep. Joe Cunningham said. “Meanwhile, South Carolina has one of the highest uninsured rates in the nation, the second highest medical debt rate in the country, and is more vulnerable to a public health crisis because of the number of uninsured individuals. We have an opportunity here to bring high quality, affordable health care to many people in our state, keep rural health clinics open, and reduce costs for hospitals; all while taking advantage of what we’re already paying for. This legislation will help provide us with the data necessary to make the best possible decision for South Carolina.”