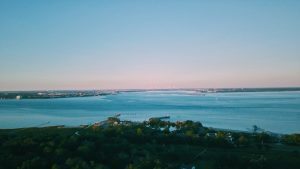 As much as the world and its technologies evolve, books don’t lose their value. Bookshops, libraries, and literary events can be found almost anywhere you go. Charleston is no different. Apart from hosting several festivals for booklovers, it boasts important contributions to the literary canon.

If you’re traveling to South Carolina and appreciate some bookish entertainment, make sure to check what’s on in the area. It’s even worth planning a trip around a specific conference or special occasion. Take a look at the kinds of things you could get up to in Charleston and find some inspiration.

Literature has power over people and entire industries. Books are turned into movies and the best of these become hallmarks. This kind of publicity is especially noteworthy when it comes to the real locations in which the stories are set.

Charleston’s HarbourView Inn, for example, was a major filming location for The Notebook. That’s why, this past Valentine’s Day, a special romantic package was on offer for $2,000 per couple, complete with roses, carriage ride, access to the Magnolia Gardens, and more. Keep an eye out for these kinds of opportunities at famous filming sights.

Of course, it’s hardly a surprise that venues make use of pop culture themes to excite customers. Markets of every kind apply this strategy and extend fans’ experience of their favourite topics to new heights, whether they’re book, movie, or music-related.

Sticking to the literary side, take, for example, Game of Thrones. The book series-turned-show began as a typical epic fantasy saga and now even has an immersive online slot title to its name. A simple example of how PC and mobile gaming technology came together to produce a highly efficient and attractive casual title featuring key elements of a bestselling book series.

If that’s not impressive, consider that the Lord of the Rings costume craze is still holding strong, what with the new series being produced, then you have a Crimes of Grindelwald collector’s wand set at the Harry Potter store selling for $174.95. It’s safe to say that literary fans love their memorabilia, whether they come in the form of video games and plush toys or special promotions at venues. 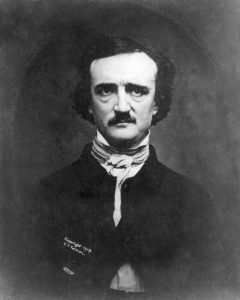 Said to be the “kingdom by the sea” where Edgar Allan Poe’s poem Annabel Lee is set. According to his work, he and Annabel fell in love when they were young. If you’re a fan of the poet, you could visit the Unitarian Church where they used to meet and which she reportedly haunts to this day.

The local Karpeles Manuscript Library Museum is a must-see. It contains a private collection of historic original manuscripts alongside its nine other counterparts across the country. Currently, the Charleston branch will be exhibiting works related to balloon aviation, including pictures, plans, and Jean Blanchard’s description of his first ascent.

Apart from a rich artistic culture, this part of South Carolina seems to attract the attention of many modern voices. Charleston has appeared in many novels throughout the years, particularly crime stories. One of the most memorable examples would be Patricia Cornwell’s Book of the Dead, where the protagonist moves to the port city for a change of pace before a string of killings call for her expertise.

Other great thrillers include Break No Bones by Kathy Reichs, and The Trees Beyond the Grass by Robert Reeves. For more common but intriguing fiction, you should read Tamar Myers’s Splendor in the Glass and Cynthia Voigt’s A Solitary Blue.

Keep discovering Charleston’s stories while also exploring festivals taking place in the area Combine your TripAdvisor search with news and information posted on the websites of local libraries. The Otranto Regional Library hosts an annual March book sale, for instance, featuring over 10,000 books, audio books, DVDs, and CDs. Browsing their collection is only a sample of the fun a book buff can have here.

Expand your cultural exploration of the city with a visit to the 2020 Charleston Festival, a major annual event established in 1916 by Bloomsbury members Vanessa Bell and Duncan Grant. For its 31st festival – opening in May – it welcomes David Crystal, Leïla Slimani, Carol Ann Duffy, Tom Stoppard, and many more prestigious speakers. Expect a celebration of the beauty and impact of all artforms, from books to plays to politics.

Every year, Charleston is alive with a range of literary opportunities, championing the evolution and diversity of art. There’s the Black Ink African American Book Festival, attracting authors, publishers, organizations, and readers from all over the country to network and discuss everything involving the book industry. This year’s panels were made up of successful representatives of both traditional and self-published works: Nikki Giovanni, D. M. Brockington, and Joyce Hansen, among others.

Another event to check out is the vibrant and innovative Piccolo Spoleto Festival. Between 22 May and 7 June, there’s different entertainment to be found around the city. How about some classical music from the Spoleto Festival USA Orchestra? You’ll find poetry readings in every other venue, as well as the Dock Street Theatre Courtyard. Don’t forget about the plays, acrobats, art exhibits, and special tours. There’s no better way to immerse yourself in the local sites and vibes.

Literature is a great incentive to get to know a historic city like Charleston. Proud of its artistic background, local businesses often come up with ways to remember its past and introduce new ways to embrace creative expression, whether through words or another artistic medium.

Windshield Crack Is Spreading? Here’s How To Prevent It

How US Sports Betting is Evolving