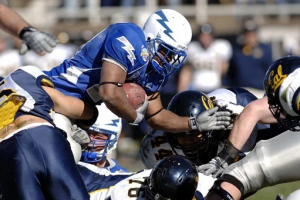 Introduction and brief playing history of the Chargers

Last year the Los Angeles Chargers entered their 50th season in the National Football League. The team that was originally established in 1960 played one season in Los Angeles before moving to San Diego and played at the Qualcomm Stadium in San Diego, California up until 2017 when they returned back to Los Angeles. In 2017, the Chargers played at the Dignity Health Sports Park formerly named StubHub Stadium. Starting in 2020, the Chargers will play their games at the SoFi stadium in Inglewood, California, which they will share with the Los Angeles Rams.

Past records and this year’s expected schedule release

In the past year, the Chargers finished last in the AFC West division failing to make the playoffs with a record of 5 wins and 11 losses. Their home record in 2019 was 2 wins and 6 losses, thus they will need a lot of support in 2020 from fans all over California to push them over the edge and grab some extra wins. Especially since they will have some competition in town from the Los Angeles Rams. For the upcoming 2020 – 2021 the Charger’s schedule will be released mid-April 2020 according to https://www.barrystickets.com/chargers-tickets/, and the best part about it is that you are sure to find a ticket that fits your budget. As a result of their abysmal record last year, the Chargers will be picking 6th overall in the 2020 NFL Draft. Addressing their offensive line is a must for the Chargers which are led by head coach Anthony Lynn, since their move to Los Angeles in 2017.

Lynn is the first African American coach for the Chargers in all their history and is no stranger to winning despite his 27 wins and 24 loss record as a head coach. Lynn, who as a player was a tough and gritty journeyman reserve running back his whole career, played for the back to back NFL champions Denver Broncos in 1997 and 1998. Lynn had some success with the LA Chargers in their 2nd season. They managed to finish with a 12 wins and 4 losses record and went on to defeat the Baltimore Ravens in the wild card spot before being eliminated by the eventual super bowl champions the New England Patriots in the Divisional Round. 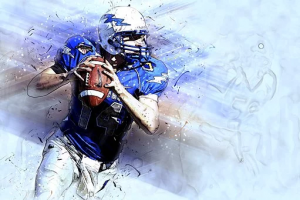 The biggest question mark this upcoming season is their veteran starting quarterback Philip Rivers and pro bowler running back Melvin Gordon. Rivers, a 16 year professional NFL player has been with the Chargers for the last 14 years of his career and his contract expired at the end of the 2019 season. He has been an 8-time pro bowler, however, as a 38-year-old he did not perform up to par and threw 20 interceptions for 23 touchdowns in the 2019 season, his lowest since 2007. The Chargers have a tough decision to make this upcoming season either turn their back on Rivers or sign him to a cheap contract in order to have him as a veteran presence to positively influence the younger players and teach them the ropes of a grueling NFL season.

The Chargers have to pay back a relocation fee of 650 million dollars over the next 10 years. Although the club’s value increased by 11% in Forbes’ latest ranking of around $2.5 billion, they have been amongst the league’s worst revenue-generating teams. Thus, it is very likely that the team ends up parting ways with Philip Rivers, who is looking for one last big paycheck, this upcoming season. As for running back Melvin Gordon, in 2019 he missed the first 4 games with a contract dispute and never found his groove after that, rushing for a career-low 612 yards. He will likely get paid in the range of 10-14 million dollars next year and it is believed that the Chargers deem this figure way too high. Thus, it is very unlikely that Gordon will return for the 2020 season.

Although the Chargers have a bright, promising young team with up and coming players. Their main goals next season will be to sell their tickets and grow their small fan-base in Los Angeles. Bringing a big name like Tom Brady to help out young players and grow their fanbase might do just that. However, the best option is to build a stable long term franchise through the draft. They will be looking at drafting a fresh and energetic quarterback with a strong arm like Oregon’s Justin Herbert and draft a speedy running back in the later rounds like Henry Ruggs III or Devontay Smith. Although there is some uncertainty in Charger nation their future is looking very promising even if it takes some time to get back to their winning ways.

How US Sports Betting is Evolving

Fun Ways to Get Healthy and Fit