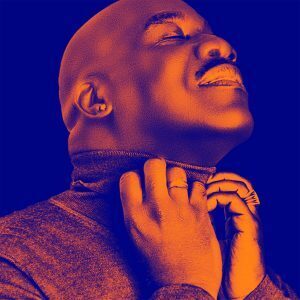 The Charleston Music Hall announced they will present the prince of sophisticated soul, Will Downing on Thursday, May 28th at 8 pm. Public on-sale begins Friday, March 6th at 10 am.

The music of Will Downing has aged well, doesn’t date, has stood the test of time, and over the course of a 27-year career, he has unquestionably become a living example of the absolute best that smooth R&B and Soul has to offer.

Before signing with Island Records in the 80’s, he received his first national exposure as a much sought after backing vocalist. He recorded two albums with modest success domestically before his self-titled Will Downing release spawned a major hit in the U.K. with a Top Ten charting cover of “A Love Supreme” catapulting the album to platinum sales there.

Downing’s big stateside breakout album, A Dream Fulfilled, in 1991 perfectly showcased his distinctive baritone vocals and began to unveil his gift as a song interpreter with an array of diverse tracks such as War’s “The World Is A Ghetto,” Paul Davis’ “I Go Crazy,” and a stunning version of Angela Bofill’s “I Try.” Both the “I Try” single and album hit the Urban Top 25 Charts with critical acclaim.

Downing’s lone album on Motown, All the Man You Need, garnered a 2001 Grammy Nomination for Best Traditional R&B Album.

The singer has persevered through the good times and the not so good times. In early 2007, he contracted the rare muscular disease Polymyositis, which sidelined him for most of the year. It was a devastating and debilitating condition which landed Downing in a wheelchair and caused him to lose nearly 100 pounds. Despite the setback, Will was determined to complete his debut album for Peak Records, After Tonight, for which he had already recorded four songs prior to his illness. Incredibly, during the Spring of 2007, he worked from his home, putting down vocals despite severe weakness and fatigue.

Downing continues to give back to the community and actively seek opportunities to lend his time, name or presence to the awareness and fundraising efforts of the Muscular Dystrophy Association (MDA) and other charities and even donated a portion of the sales proceeds from his last release to MDA after a social media-driven appeal for support for the organization that helped him with his own battle with Polymyositis.

Tickets for his Charleston show go on sale Friday, March 6 at 10 am.
–

Follow us
Related Topics:charleston music hallWill Downing
Up Next