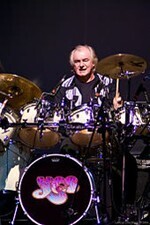 As if recording on over 50 albums by renowned artists such as George Harrison, Ginger Baker, Steve Winwood, and Joe Cocker, as well as performing in John Lennon’s Plastic Ono Band wasn’t enough, 70-year-old drummer Alan White is the longest-running continual member of the progressive rock group Yes. Fellow Yes musician, guitar great Steve Howe first joined Yes in 1970. However stints with Asia and GTR both in the 1980’s took Howe away from Yes for several years, leaving White as the longest recording and touring member.

White joined Yes in 1972 a little more than three years after the band was founded, replacing original drummer Bill Bruford who left to join King Crimson. According to renowned drummer his duration is somewhat mindboggling. “It’s hard for me to wrap my brain around it. In July I will have been with the band 48 years. That’s a long time in any profession.”

During their 50 year span Yes has had 19 members come and go. White and Howe currently tour in Yes, with keyboardist Geoff Downes and bassist Billy Sherwood (both joining in the 1980’s & 90’s respectively) and vocalist Jon Davison who began singing for the band in 2012. Since their self titled debut in 1969, Yes has put out 21 studio albums and another 19 live recordings.

Although Yes has taken on various looks over the past five decades, White sees the band as one continual unit. “I look at it this way. In 1972 I joined a band called Yes, and in 2020 I’m still in a band called Yes. If you ask me, that’s pretty amazing.”

White admits to being an early bloomer when it came to music. “I started playing piano at age six. I think my parents realized I had musical talent. Not long after my father bought be a drum kit, and I took to that right way, but I still kept my skills up on the keyboard.”

By the time he was in high school White was performing in London area night spots. “It was kind of a sticky situation because I was so young. Back in those days I’d have to stay behind the stage, because they didn’t want a 13 year old hanging around the clubs where they served alcohol.”

Despite his natural talent, White had a backup plan if music didn’t pan out. “I was going to technical college. My forte was technical drawing. But I was still playing in a band. We had won a local competition, and I was one of the youngest drummers at the time to win. One of my instructors said he read about my music talent in the papers, and said maybe I should pursue drumming. Kind of a weird turn of events. I’m glad I did.”

While still unknown but gaining respect in the club scene, he recalls a call from one of the Fab Four that changed his life. “I guess he (John Lennon) saw me in a club somewhere, I’m not really certain. I used to go to Apple Records to see some friends, but I feel certain he saw me in one of my own bands in a local club.” 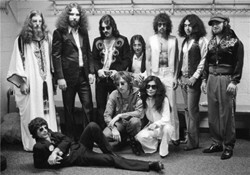 Lennon was interested in having White join his newly formed band. “I get this call and the guy on the other end of the phone says ‘I’m John Lennon’. Of course I thought it was a friend joking with me, so I hung up. Fortunately he called back and it really was John. He asked me to join him for a show in Toronto, and before I knew I was part of the Plastic Ono Band.” Lennon’s Toronto gig included Eric Clapton. “I literally went from playing clubs to sharing the stage with a former Beatle and one of the greatest guitarists of all time.”

The invitation took place so quickly, White had little time to soak it all in. “I guess I kind of freaked out, but it all happened so fast I didn’t have time to process it. Spent nearly two and a half years with John. It was a lot of fun, especially when I’m just 20 years old at the time. More importantly I learned so much and it opened doors for me.”

White would go on to lay down tracks on several numbers on Lennon’s second solo album ‘Imagine’ including the title track. BMI named the single one of the 100 most-performed songs of the 20th century. It was ranked number 30 on the RIAA’s list of the 365 “Songs of the 20th Century”, and earned a ‘Grammy Hall of Fame Award’. The Rock n’ Roll Hall of Fame’s listed ‘Imagine’ as one of “500 Songs that Shaped Rock and Roll”. 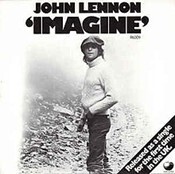 The impact ‘Imagine’ had on rock music didn’t hit White until a few years down the road. “It was only years later I realized how significant that song became. It was literally the song of the millenium. John was such an amazing songwriter. I am proud to have played on ‘Imagine’, and not ashamed to pat myself on the back when people talk about the song.”

White doesn’t take his time with Lennon for granted. “I’ve performed with a lot of so called legends over the years. I’ve been fortunate to share the stage and studio with some of the greats of rock n’ roll. Many are gone now, and I miss them all. John (Lennon) was taken way to early from us.”

When Yes came calling White admits he had the chops. “By then I had developed the overall talent. I was playing with Joe Cocker and did work for other artists. My business manager calls me up and says they need someone to fill in with Yes.” White thought he would feel it out first before making a solid commitment. “I basically told them I’ll give it three months to see if I like the band. I guess 48 years later I liked the guys well enough.”

Talk about being thrown into the fire. White had little time to get up to speed. “When I decided to play with them (Yes) it was a Friday. They said we have a gig in Dallas, Texas on Monday. I literally had to learn all the songs, at least the ones they were doing in concert in less than three days.”

His drumming prowess attracted multiple offers. Two other established bands (Jethro Tull & America) reached out to White. “It all happened around the same time. Ian Anderson (Tull) liked by work, and they had just lost their drummer. Of course America got their start in London. We met in some of the local clubs. They were just taking off when they asked me to join up with them, but ultimately I chose Yes. I think I made the right choice.”

For whatever reason White admits the collective vision in Yes helped make the choice for him. “What I liked about Yes right from the beginning is the fact we were different. We played and recorded progressive music, even for the 1970’s. We shared a common bond. All of us shared the same outlook. We didn’t look at the horizon, we looked over it. We knew we had something different fans might enjoy, and we ran with it.”

White says he’s a bit of a work horse, however he did take a brief break from touring back in 2016. “Four years ago I had back surgery. Playing drums for over 50 years, and beating those skins as hard as I did took a toll on my body, especially my back. So I had surgery. I’m doing better now, but I know I can’t do the same things with the drum kit at 70 that I did at 20.”

Yes will once again tour in 2020 making a stop at the North Charleston Performing Arts Center in March. “I would never want to tour non-stop but I’ve always enjoyed touring. I love being out on the road, playing new cities, and revisiting cities we’ve played over the years. I also love reacquainting with folks I’ve met over the years. For all those reasons it’s good to be on tour, plus it gets me out of the house.” White and his wife have been living in Washington state for many years.

Diehard Yes fans might be delighted to know Yes is working on new material for an upcoming album. “We’ve got some ideas for songs. Hopefully we’ll start working on them this summer with plans to start recording by November.”

In April of 2017, Yes musicians Jon Anderson, Howe, Trevor Rabin, Chris Squire, Rick Wakeman, Tony Kaye, Bruford and White were inducted into the 2017 class of the Rock n’ Roll Hall of Fame. “Frankly I think it was overdue, yet well received at the time. Yes were and continue to be a ground breaking band. We had a lot of support over the years to be included in the hall. A lot of people were voting for us. I’m thankful were in and fans can see us when they visit.”

Apart from his time in the Plastic Ono Band, White says he’s had many highlights over the years. “Aside from working alongside John I’ve had many memorable moments over my career. Touring with Ginger Baker stands out.”

A concert date in South America makes the list as well. “We (Yes) headlined the first Rock In Rio festival in Rio De Janiero (1985), and performed before 350,000 fans.” The multi-cultural music event featured Queen, George Benson, Rod Stewart, and ACDC as additional headliners over a 10 day period. Yes performed twice. “What a great line-up. It was hectic but I totally remember having a great experience.”

White understands things evolve, but says he sometimes longs for a bygone era. “Obviously everything changes especially in the music industry, and not always for the good. I am a fan of the LP (long play). I remember when music lovers would just hole themselves up in their rooms and listen to an LP from start to finish. We’ve lost that connection today.”

Like many baby boomers and fellow musicians who came up during the first generation of rock n’ roll, White admits the industry lost some of its charm when LP’s were discontinued. “Our album covers became as famous as our music. Fortunatley albums are making a comeback, but not fast enough.”

Thankfully Yes fans will be able to see and hear Yes when they kick off their 2020 tour at the North Charleston Performing Arts Center on Thursday, March 19th. “Seems like a great place to start. I can’t wait. Charleston is a great city.” 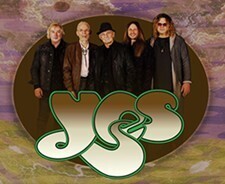 A week later Yes and several progressive bands will embark on a six day journey exploring the western Caribbean on the Cruise to the Edge concert tour. Among the more than two dozen bands and artists taking part, include Marillion, Steve Hackett, King’s X, PenDragon, Saga, and Glass Hammer. The cruise sets sail March 27th from Miami. “That’s my kind of tour.”

Locals wanting to see Yes here in the Lowcountry of Charleston can visit https://www.northcharlestoncoliseumpac.com/events/detail/yes