Drifter Fest: The Inaugural Bert Griggs Memorial Jam will take place from March 6th to 8th at multiple venues throughout the Charleston area. The music-filled weekend will celebrate the life of Drifter Merch founder Bert Griggs who died unexpectedly in December.
The festivities kick off on Friday night with a pre-jam from 8 pm to 11 pm at Home Team BBQ’s downtown location. The event will feature several sets of funk favorites from Shonuff.
Doors for the main event at the Charleston Pour House open at 8 pm on Saturday, March 7th. Patrons can enjoy a collaboration of Bert’s favorite tunes from many of his friends including Reid Stone and bands Gaslight Street, The Travelin’ Kine, Shonuff, Solid Country Gold, and more.
The weekend concludes on Sunday, March 8th, from 2 pm to 5 pm, at Reckoning in the Park featuring The Reckoning, a local Grateful Dead cover band, in the meadow at James Island County Park.
Click here for more information.

Born and raised in Hartsville, Bert Griggs was surrounded by a huge family and lifelong friends as he grew up in the country riding tractors, four-wheelers, and being mischievous. He later graduated from the College of Charleston with a B.S. in Business Administration. He remained in Charleston after college working in all aspects of the hospitality industry while working for Charlestowne Hotels.

It wasn’t long before the mountains called his name and he headed to Jackson Hole to pursue his love of snowboarding. While there, Bert was the sales and marketing director of a hotel group that gave him the opportunity to travel to world-class ski resorts all over the country as an ambassador for Jackson Hole. He met his wife Lorrie while she was vacationing there from Charleston and discovered they both had a love of traveling to see live music and a plethora of mutual friends. Following a whirlwind romance, they married on April Fools’ Day atop the mountain at Jackson Hole Ski Resort. Together they created Drifter Merch, an apparel company dedicated to their love of music. 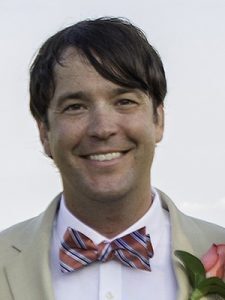 The light of their lives, Harper Grace, was born about a year later. Bert was an amazing father, husband, son, brother, and friend. Bert had an innate ability to make everyone he met feel like they were the most important person in the room. He never met a stranger. In fact, he was everyone’s best friend. He had the sweetest soul and a tender heart that loved hard and loved deeply. Bert had a unique sense of humor with an infectious laugh and smile that could light up the darkest room. He is intensely missed.