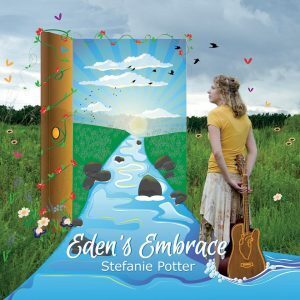 An album release concert and party will be held at 3 pm on February 29th at Pawleys Island Brewing.

Potter had the following to say about the album: “As a folk/soul artist embraces influences from different cultures, the resulting music demonstrates the beauty of coming together. Lyrical storytelling guides a journey through the wilderness, where love makes all the difference.”

Potter’s music has been heard on OHM Radio, WYLA Charleston, the award-winning “Women of Substance” podcast, and various internet radio stations, blog features, and news stations. She was selected out of over 2,000 applicants to perform at the Cooper River Bridge Run for three consecutive years.

Eden’s Embrace will be available on her website (www.stefaniepotter.com), and for download on iTunes, Google Play, Amazon Music, etc.

Follow us
Related Topics:Pawleys Island Brewing CompanyStefanie Potter
Up Next