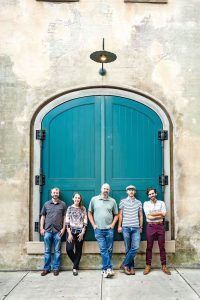 The album’s twelve tracks include seven original songs and five traditional folk tunes, all of which combine for what the band calls “a listening experience that features whiskey-soaked anthems, misty-eyed ballads, and rollicking trad sets.”

The album’s release coincides with Moonlight Ale’s “Ale Trail” St. Paddy’s Day circuit, and more broadly, the 20th year of the group’s existence. The band says A year-long celebration will commence with the release of the album, which No Waste of Whiskey will be available in streaming and physical form on March 14th.