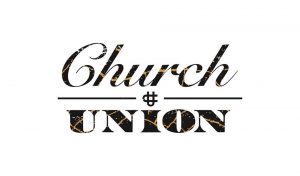 A Charlotte-based restaurant group with ties to Charleston is set to open its first restaurant concept in Tennessee called Church and Union. The 5th Street Group is owned and operated by Patrick Whalen, Alejandro Torio, and Top Chef Alum Jamie Lynch. Church and Union will be located in the heart of Downtown Nashville on 4th Avenue between Church Street and Union Street. This new concept will be added to The 5th Street Group’s current portfolio, which includes 5Church Charlotte, 5Church Charleston, Sophia’s Lounge and Tempest Restaurant.

“We are very pleased to expand to the Nashville market, it is a place that our group has always wanted to be,” Patrick Whalen said. “Our goal is for Church and Union to partner the food, ambiance and service together in a way that makes our guests feel inspired and satisfied.”

Chef Jamie Lynch boasts an impressive culinary background including Le Cirque, Aureole and Café Boulud. Since opening 5Church in 2012, he has been recognized as Charlotte Magazine’s Best Chef four times, most recently in 2018. Lynch will use his culinary expertise to curate a menu that focuses on New-American cuisine utilizing local ingredients. He competed on Season 14 of Top Chef in Charleston where he made his mark with his controversial decision to give up immunity, the only time in the show’s history this has happened. Chef Jamie will also compete in the upcoming Top Chef All Stars LA Season 17, premiering March 19, 2020.

“Guests at Church and Union can expect a playful approach to cuisine that reflects the diversity of our team, while respecting the seasons and bounty from local farms,” says Lynch. “The menu will feature dishes that excite the palate and are visually appealing, made with traditional techniques to tie everything together.”

Church and Union will offer a casual, yet refined dining experience with a sophisticated ambiance. The restaurant will be open seven days a week, serving dinner, lunch and weekend brunch with complimentary valet service.

The 5th Street Group has received many accolades, most recently 5Church Charlotte being awarded Restaurant of the Year by CRVA. The group’s restaurants have also received acknowledgments from national publications including Conde Nast Traveler and Architectural Digest. Conde Nast Traveler refers to 5Church Charlotte as “without question Charlotte’s sexiest restaurant” and “a see-and-be-seen spot with great food to match.” In reference to 5Church Charleston, Architectural Digest notes, “Given Charleston’s nickname, the Holy City it’s only fitting that one of the city’s hottest dining venue be housed in a converted church.”