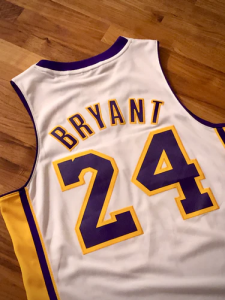 The world has lost one of the most iconic basketball players recently. Kobe Bryant was more than just a pro ball player; he was a public figure that helped a lot of people of different ages and genders. He was a role model that a lot of people looked up to because of his mindset and philosophy in life. So let’s dive deeper into three of the most important life lessons that Kobe Bryant taught us.

Who Is Kobe Bryant?

He was an American professional basketball player that passed away earlier this year. He was the son of the famous Joe Bryant, who was also an NBA player, and who is retired now. Kobe had the shooting guard position, and was known for being a high-flyer, and one of the all-time favorites in the sport. He perfected the fall-away jump shot, and it helped him and his teammates win a lot of games. He had impeccable work ethics, and was very passionate about everything he did. This inspired a lot of people, as he was considered to be a mentor for a lot of his teammates. His accolades were many, and he was a true Hall of Famer.

Kobe was very active in a lot of activities other than basketball, and he wasn’t afraid of speaking his mind. He liked helping people and teaching them how to be dedicated towards what they loved, just like he was with basketball.

So here are three notable lessons that he did his best to teach. 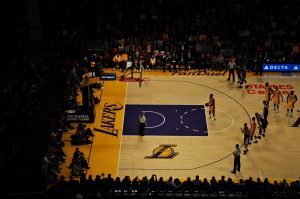 Kobe believed that his brain couldn’t process failure. He believed that failure and giving up were worse than death. He did his best to teach people to power through hardships in life; make do with what they have, even if it’s simple. A lot of kids want to be basketball players, but aren’t fortunate enough to have the means to practice. This isn’t the end of their dreams because Bryant has taught them to do whatever it takes to practice, even if it’s practicing at home with indoor hoops that they purchase through a basketball retail website; this mindset has helped a lot of kids achieve their dreams. Many individuals would follow his lead by practicing at home to hone their craft. He wanted everyone to keep going, even with obstacles in their way. He proved the outcome of this lesson himself by continuing to play even after sustaining multiple injuries over the years.

Even though he was a busy man with an extreme working schedule that compelled him to compete all the time, he still loved his family, and he believed that the value of the family was something beyond precious and priceless. He loved his wife and five daughters more than anything. It’s speculated that the main reason why he retired back in 2016 was to spend more time with his family. He believed that sacrifices had to be made for the sake of your loved ones; such decisions are never easy, but they’re something that every person has to go through. Kobe loved spending time with his daughters, especially Gianna, who sadly passed away with him. He was passionate about training her ever since she showed interest in basketball. This is what he was trying to show everyone. He wanted every parent to find what their kids were passionate about, and help them every step of the way.

Kobe had always thought that leaders should create more leaders. This is why he used to challenge everyone around him to the point that it made them uncomfortable at times. His intent wasn’t to bother them; he wanted to bring out the best in them. He was known to be strict as a mentor. Some people didn’t realize the value of what he was doing back then, but those same people look back now at how they were, and how they’ve changed through his lessons. The pressure that they felt has made them into better and stronger people. He tried his best to do that with those he cared for, and made leaders out of them.

Everyone is still saddened by the tragic and devastating passing of the legendary Kobe Bryant. The icon may not be with us anymore, but the Black Mamba still lives on with his ideas, beliefs, and life lessons. Millions of people worldwide still mourn to this day. His death shook the world, and one wouldn’t be able to imagine how his family feels. Kobe Bryant will always be honored and remembered for the important lessons that he has taught which continue to impact the lives of millions.

5 Ways to Build a Retirement Fund